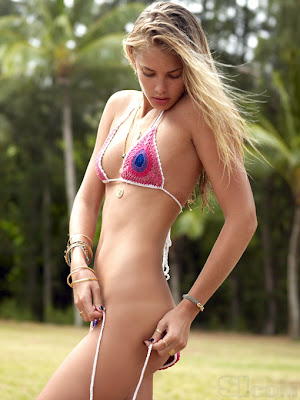 Apple
I broke my phone, again. No, this is not a joke. I did not make this up like Jericho’s “bad shoulder” when I’m kicking his ass and he can’t take it anymore. I once again proceeded to break my phone. This time however it was not my fault. It was set to vibrate, it was on the edge of the table and whiz! bang! boom! what do you know my phone is in 18 pieces. So apologies if you’ve tried to text/call me over the past week. I’m unreachable. At first I wanted to love not having a phone like some purist hippie who enjoyed having my own time…but fuck that. It sucks.


Moustache
Anyone seen Kath & Kim on NBC? Holy shit. This is a great show. Molly Shannon and Selma Blair are fantastically revolting and their comedic timing is a 10 out of 10. The gay dude from Best in Show is in it as well, and even though he’s good, they don’t need him. The whole show could just be conversations between Kath and Kim and it would work.


Apple
I saw the movie The Duchess on Friday night. Yes, I am totally gay. No, it wasn’t my choice. Yes, I have now seen The Duchess, Sex and the City and The Other Boleyn Girl. Yes, I am embarrassed to have seen all 3 of those. No, I don’t care what you think. Yes, my expectations were low so I actually enjoyed 2 of the 3 movies with Sex and the City being by far the worst. No, I hadn’t told Jericho about seeing any of these movies. Yes, I wish I didn’t just share this with everyone. No, I don’t blame you if you want to stop reading our blog now.


Moustache
I give up in fantasy football. I’m done with it. I hearby retire both of my teams. I didn’t start Aaron Rodgers or Ben Rothlisberger because they were “hurt”. I benched Donald Driver in favor of Matt Jones and Ladanian Tomlinson and Maurice Jones-Drew are quite possibly the biggest pussies in all of America. And that’s coming from a dude who SAW THE DUCHESS THIS WEEKEND! I hate fantasy football. It’s stupid.


Apple
I like the show Mad Men. I can’t figure out why though. It’s dialogue is simple, it’s acting isn’t anything spicy but for some reason it’s a great show. Maybe it’s all about the white space, things that are implied rather than said. I don’t know. I’m not gonna try to figure it out. The main character Draper is crazy though for cheating on his wife. She’s smoking hot. I know that much.


Moustache
I went to the Niners/Pats game with my dad today. 5 quick observations:

1. Matt Cassell might quite possibly be the worst QB in the NFL. He’s terrible.

2. Patriots fans (all Boston fans for that matter) talk funny, are blindly obsessed with their teams and are shockingly friendly. Maybe it’s just how they travel but despite popular belief the Pats fans we saw (and there were TONS of them at the game) were not total white trash cousin humpers.

3. People are idiots. Americans are idiots. From the guys who high-five each other for correctly picking which helmet has the hidden football under it to the morons who boo Mike Nolan during the first quarter when it’s 4th and 6 and the Niners punt team jogs onto the field. An NFL game is a great place to witness why our country is made up of a bunch of rejects.

4. At least half of the people in attendance wore jerseys. Jerseys were everywhere. There were of course the predictable ones; Gore, Willis and the poor suckers wearing Alex Smith. But for pure coolness, I saw a guy in an Ole Miss college jersey of Patrick Willis. Nasty. I also saw some chick in a Ben Coats jersey and randomly, an overweight Mexican guy in a Mark Chumura Packers jersey. Made no sense. But that Willis Ole Miss jersey was something else.

5. JT O’Sullivan is the real deal. He’s like a less endearing Jeff Garcia. He does everything he can to get the job done. Sure, he doesn’t have the rifle arm but he has what the grown-ups like to call “intangibles.” I was impressed with JT O’Sullivan. Now where can I find a UC Davis O’Sullivan jersey? That my friends would take the cake.

*Final note: Tahoe Banta wins for best comment of the month.
Posted by Magglio at 8:31 PM

Cassel does suck. Me and Barry kept shaking our heads at this yesterday.