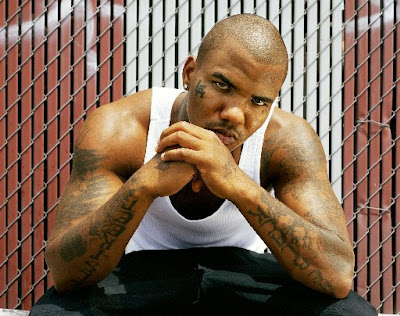 “And it’s a bitter sweet symphony…”

Who sang that? The Verve I think. Hmm. Let’s look it up. Yep, the Verve. Boy they were pretty gay weren’t they? Maybe I’ll make a sandwich. Maybe I’ll pet Patch for a while. Time to fire up the DVR and see if I have any Intervention episodes I’ve missed. Time to scratch my balls for an hour or so. Whose on TRL today? Oh nice. I think she’s “of age”.

Yep. This is what my life has come to. You see…I’m in between jobs. Jealous? Dude, you should be. I’m straight KICKING IT. The best part about being in between jobs is the responsibility free vacation. Sure, I’m not getting paid right now, and I’m expected to keep the house relatively in order…but other than that I have fuck all to do. I’m basically trying to plan my life around the Giants. Let’s see, 7:15pm first pitch, head to the bar at 6:50ish. Sounds perfect. What’s that? A Giants day game tomorrow?….perfect. Let’s scalp tickets and soak up the sun. Who sings that song? Oh right, Sheryl Crow. Boy, she’s weaker than the Verve….You can see how this goes. So, I thought I’d make a list. Ain’t got shit else to do!


The Top 10 things I hope to accomplish before I start my new job…in 3 weeks!

1. Decipher exactly what Kelis is talking about in the Milkshake song. I mean, why does she want to “warm it up?” Aren’t milkshakes best served cold? That’s confusing.


2. Watch or listen to every Giants game. Wait. This is an everyday goal of mine during baseball season. Maybe I’ll change this goal to attend at least 3 games. Nah, 4 games. That sounds better. Can you feel the stress free indecisiveness? It’s even permeating into this blog post. I think I’ll stop this list at 4. Who says I have to do 10? To hell with structure, format, rules. Is it a weekday? What day is today?


3. Play at least 3 hours of Nintendo Wii a day. See if I can secretly master the tennis game and then casually suggest Jericho and I play it next time we hang out. He’ll have no idea what hit him.


4. Build a fort in the house. Like, a badass fort. My wife will get home and she’ll have no idea where she is. She’ll think she was transported back to 17th century Rome and I’ll have a stadium built and Patch dressed as Russel Crowe from the Gladiator. “Good evening me Lady….”


5. Annoy family and friends by calling them incessantly while they’re at work. It’s incredible. I just called my sister. She was in “court”. Ooooh. I get it, you’re a lawyer. Wow, that sounds so important. Sucks to be working.


6. Write a letter to my local politician complaining. About something. I’m sure I’m miffed about something. Hmm….(thinking)….Nope. All’s good. Check this one off. See that? Making progress.


7. Finally commit myself to my pool game. Here’s something you should know about me and pool. I’m a fantastic pool player. I am truly one of the better pool players you’ve ever seen. But I’m mentally weak. That’s right. I dominate until it actually means something and then I shit the bed quicker than Forrest Whittaker gets to McDonald’s when they bring back the .29 cent hamburger. Jericho calls me Peyton Manning. Of course, this name originated before Peyton won the Super Bowl. Maybe he can start calling me Zito.


8. Convert all of my CDs to digital format and into my iTunes. Ok, I started to do this. And then I came across 50 Cent’s first album, Get Rich of Die Tryin’. And got distracted. Damn. That was a good album. I’m not even a big 50 Cent fan but that CD is complete. Another great rap CD? The Game’s first album. Yes. Must. Find. That. Album. Too.


9. Watch “Into the Wild” and “Teenage Spermaholics, Volume 4” Both movies my wife doesn’t want to see so I’ll have to enjoy in the privacy of my own home.


10. Watch terrible daytime sports programs like ‘Around the Horn’, ‘PTI’ and ‘Cold Pizza.’ Steal a talking head’s POV about something sports related then pass it off as my own. Actually, that’s how Jericho gets his post ideas…so nevermind. (ooh Snap!) Maybe I’ll pimp out our Zazzle store. Have you seen our latest addition?

Life is good. That’s for sure. Wanna grab a cup of coffee? Or hit the driving range? I’ve got plenty of time. Let me know. And if I don’t answer your call…I don’t really have an excuse. So take it as a hint.

Damn it, I should change the radio station.
Posted by Magglio at 12:39 PM

Email ThisBlogThis!Share to TwitterShare to FacebookShare to Pinterest
Labels: boxers and frat shirts my new work attire, kicking it

funny post, magglio. my dog just barfed on the couch. since you have nothing to do, can you come clean it up? thanks. XOXO

Let's go hit up the driving range. I ain't got shit to do either.

Say what? I beat you seven straight on Tray's table!