A look around Bay Area sports 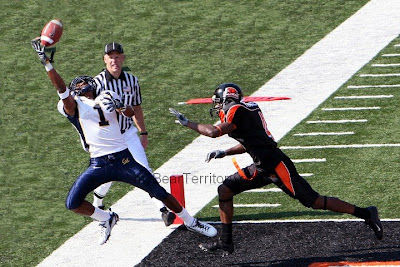 DeSean Jackson – WR – Cal Football
Outside of the Bay Area:
For some reason people love this guy. They see his highlight punt returns and his impressive 40 time and start to salivate. Sure, Ted Ginn has shown promise as an undersized WR but isn’t that the exception rather than the rule? What they didn’t see is the games when he virtually disappeared and his alienation from everyone on his team. You want a Cal WR? Pick Lavelle Hawkins. That dude is badass.

Bay Area Perspective:
Everyone in the Bay Area is hoping and praying Desean Jackson is sent far far away. This guy is not only a cancer to a team but he’s lazy and is one LaRon Landry collision away from the end of his career. 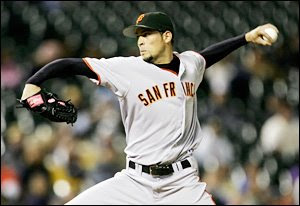 San Francisco Giants
Outside of the Bay Area:
We’re still the laughing stock of the league. Sure, we just beat the St. Louis Cardinals for the 4th time out of 7 but nobody is giving us any respect. Zito’s 0-4 record isn’t helping, neither is Cain’s un-Cain-like 6.64 ERA. Fact of the matter is, with the NL West as deep as it is nobody gives us the time of day. Unless they read A&M. Then they’re what we like to call ‘well educated.’

Bay Area Perspective:
There’s a good buzz in town about the Giants. Management seems to actually be committed to the youth movement and we’re getting incredible quality starts out of our 3, 4 and 5 pitchers. Sure, we make a few mistakes on the base paths (Velez) and some of the young guys can’t hit for shit (Bocock) but there are some surprising statistics out there. Lincecum and Sanchez are in the top 5 of total strikeouts with 27 and 26 respectively and Brian Wilson already has 5 saves. Plus, despite playing with a cracked rib, Aaron Rowand is batting .333. And of course, The Great John Bowker is hitting .364 with 3 HRs and 9 RBIs in just 22 big league at-bats. Hum baby. 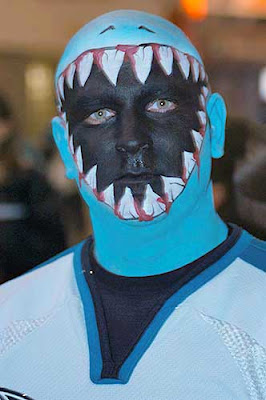 San Jose Sharks
Outside of the Bay Area:
The only thing I know is that the mullet Canadian on SportsCenter who keeps interrupting actual sports news with his dumb stories said the Sharks should win it all….crickets….see, we don’t really care.

Bay Area Perspective:
A good friend put it to me like this. There are 15,000 total hockey fans in the Bay Area. And they all live in San Jose and they all can be found at the Shark Tank tonight for game 7 against Calgary. After that, nobody gives a rat’s ass. Including us. 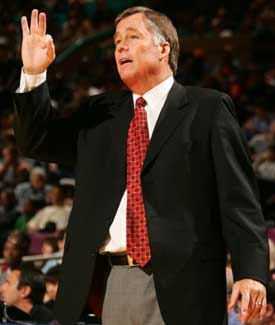 Mike Montgomery – New Cal Basketball Coach
Outside of the Bay Area:
Kinda interested until you realize it’s Cal basketball. They’re always going to fail to live up to their potential. Much like Hee Sop Choi. Or Josie Marin. 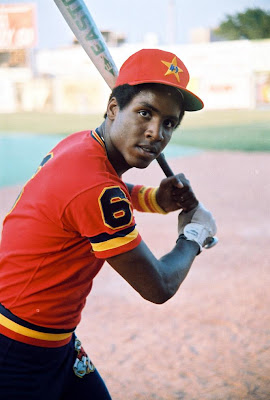 Barry Bonds
Outside of the Bay Area:
Unless his name comes up in a Balco related joke or some crazy sports talk radio caller suggests his addition to the local team, Barry has all but disappeared. Just wait till the Yankees sign him though, cover of SI, lead story on ESPN, pauses in programming to watch every at-bat. Sure, Barry is out of the picture. But he’s always top of mind.

Bay Area Perspective:
We miss him. We love him. We hope to see him in pinstripes in October so he has a shot at his first ever World Series ring. We’re sorry to see he’s gone but we’re excited about the new era of Bay Area baseball without Barry. 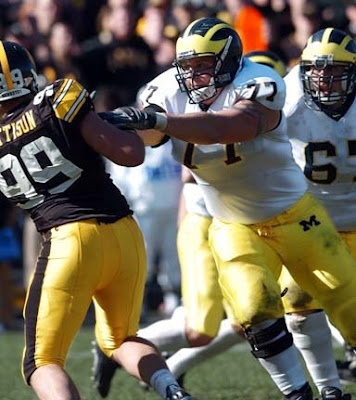 NFL Draft
Outside of the Bay Area:
Cowboys fans are excited. Dolphins fans are hopeful. And Bengals fans are confused. Chiefs (Croyle) fans are baffled. Lions fans are petrified (Millen will do something stupid right?) and Jags fans are salivating. It’s that time of year again. Can you feel it?

Bay Area Perspective:
Lots of excitement, as there has been the past few years. With the Raiders and the Niners so bad, the draft and the off-season seem to be the best times of the year. Smart money has the Raiders taking Darren McFadden which would be pretty sweet. The Niners? Who knows. They’re always shifty on draft day and lately they’ve had some solid selections. Bam Bam anyone?
Posted by Magglio at 11:51 AM

The St. Lous Rams are on the clock. Also, Armand.

I saw a really good interview / bio on Darren McFadden yesterday on Sportscenter. I don't know much about this guy, but it seems like people are damning him based on how he grew up / his background. Mom was addicted to crack, grew up in the ghetto w/ 11 siblings, 1 bro in the Bloods, 1 in the Crips.

Does he really pose a risk to the team that drafts him? I don't know.

Seems like this dude needs a fair shot at a huge future in the NFL. And from the highlights I've seen, a guy his size just shouldn't be that agile. Wherever he gets drafted to, opposing LBs should start worrying.

How about the Quakes? Who!?

Who the hell said DeSean was a cancer?