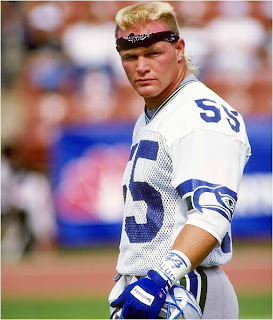 Things to watch for based on the scenarios above:

- If Matt Ryan makes it past KC at #5 watch for someone to try and move up to #6 or #7 to get him, possible takers include, BAL (afraid he won’t last until #8), CAR and DET. Of course don’t count out the Jets taking him at 6 and finally letting Vaginngton go for good.
- CIN at #9 and NO at #10 both want Sedrick Ellis, good chance one of them tries to leap frog the other and move to #5 or #6.
- Expect a lot of movement in the bottom of the first round as teams like KC, ATL, BAL, CAR, DET, MIA will try and package some pick and move back in to take one of the tier-2 QBs. DAL, JAX, SEA, SD are primary trade partners as neither of them have glaring needs.
- The Ocho Cinco trade watch continues, will be interesting to see if the swap with WA picks up again if a player CIN likes slips down to high teens low 20s
- Keep your eyes on ATL and KC this year; ATL has 6 picks in the top 100 including 4 in the top 50; KC also 6 picks in the top 100 and 3 in the top 35 – they’re both terrible, both rebuilding and both need starters, not just players but starters, watch for both of them to be active
- Really good player that seems to be dropping: Aqib Tali, tough as fucking nuts corner from Kansas, fluid runner and a huge hitter, dropping a bit b/c of worries about his “recovery speed” – would be perfect for a team like PHI, a team that bumps at the line and relies on stunts and blitzes to create pressure
- Sketchy player who seems to be rising: Vernon Gholston, people love this kid, I don’t trust him at all. There’s always that one player who you’ve never really heard of that comes to the combine and throws up inhuman numbers and everyone craps themselves. With these types of players I think one thing: steroids. Don’t want to make any blind accusations, but I’d avoid this dude like the plague
- I think Oak has to take McFadden at #4, member last year when no one thought DET would take Calvin b/c they had drafted so many WRs? The sentiment this year is that Oak will pass on McFadden b/c they already have Fargas, Bush, Jordan and Rhodes - which is kind of like saying, "nah, I'm not going to buy the new White Stripes CD, I've already got Fall Out Boy and Daughtry on rotation, I don't need any new music right now."
- I really, really, really want the Hawks to take a TE in rd 1, Keller or Davis would be huge, huge helps, especially with Branch out for the foreseeable future with a knee - D Line is an area of need and Balmer might be graded a bit higher than either of those TEs so I bet the Hawks take him (they always draft on value rather than need) but if I ever see Pollard in a Hawks uniform again I'm going to shit puke, eat it and then puke shit puke.
- Happy Draft day everybody, 4th best day of the year behind the Bowl, the Oscars and our fantasy draft. Magglio and I will tip one back for all of you this weekend, all 6 of you
Posted by Casey Lewis at 9:13 AM