An idiot’s guide to tricking people into thinking that you’re much smarter than you actually are. 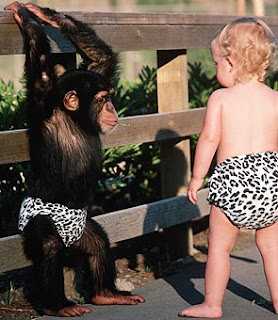 One thing you can inevitably tell by reading this blog is that Magglio and I are idiots. Drunken idiots, stoned idiots, Thurman Thomas, Anthony Simmons and Marques Tuiasosopo-loving idiots. However, one thing you may be interested to know and that may seem to conflict with everything you think or know about us, is that we both have extremely good looking chicks and are highly-paid, highly-respected professionals. Crazy huh? How’d we do it you ask? Luck? Nah. Obnoxious good looks? No, but that helps. Being able to trick people into thinking we’re 10x smarter than we actually are? Well, no shit Sherlock, that’s the title of the fucking post! What do you want a medal?

While we won’t be giving medals, what we will be giving are the following tricks and tips to passing yourself as smarter than you really are. A word of caution, remember that there are four rules that must be unequivocally followed:

1) Use the word unequivocally as much as possible

2) Don’t shit a shitter. Only use the following tactics when you’re positive that you are smarter or at least as smart as the people around you, never, under any circumstances fuck with people smarter than you. The consequences could be calamitous

3) Use calamitous as much as possible

4) Pick random topics that no one knows anything about and pretend to know shit about them, the more random the better, you don’t want to pick a topic that someone can call you on, that would be unequivocally calamitous.

1.
Proclaim loud, unshakable hatred for something completely innocuous or something that no one in their right mind would think to hate

Smart people have opinions about random shit, right? Well, here’s you’re chance to express yours, when used correctly, no one will question you, they’ll just think, “man, only a really smart person would have an opinion about something random like that.”

“I don’t find that funny at all, I absolutely hate irony.”
“Damn it! Why do people insist on using ellipses!? Just finish your thought and move on!”

Freud has to be the most blindly quoted figure in history. How many times have you heard or even said yourself, “paging Dr. Freud?” or something to that effect, even though you had no idea what it meant? At least a 100 times right? Well, here’s a neat trick, as little as we know about Freud, we know even less about Jung. So the next time you hear someone mention Freud, counter with a quip about Jung. The person won’t call you on it because more likely than not, they have no idea if Freud applies and were just using his name blindly.

“Wait, his step dad owns the company and his sister is the VP of marketing, how Freudian is that?
“You think so? This seems more like something that Carl Jung would cover, if anything it’s Jungian.”

No one will be able to say shit.

3.
Use a country or region that no one knows about to summarize a situation

Egypt. Syria. Malaysia. Who the fuck knows anything about these places?

“You’re going on a business trip for three days and didn’t bring a toothbrush? How Egyptian.”
“Look at all those lawn decorations, it’s like we’re back in Mesopotamia.”

The list goes on and on, just remember, idiots chew with their mouths open, idiots who want to sound smarter masticate politely at all times.

Here’s a great one, Sisyphus. Sisyphus was punished by the Gods and had to spend every single day rolling a huge boulder up a hill only to see it roll back down once he reached the top. This can be used in almost every minute of every working day.

Prometheus. Pandora. Dionysus. Mythology is a great one, because a) no one knows shit and b) the stories can be summed up in ten words or less, the perfect tool for lazy, idiots everywhere.


Thank God for Wikipedia. In an era where every subject, regardless of how abstract and complicated, is logged and summarized for every idiot’s use, there’s no reason and no excuse for not being perceived as smarter than you are. I mean, think about it, right now you’re thinking, “Wow, Jericho is pretty smart.” I’m an idiot, you fucking idiot! You’re proving the point of my post! Now go read Woodrow Wilson’s Wikipedia page, you budding geniuses who are really morons, I want you using “Wilsonian” by the end of the week.
Posted by Casey Lewis at 10:21 AM

You didn't use the word "pontificate" once in that post. [sigh]