An A&M to start the week 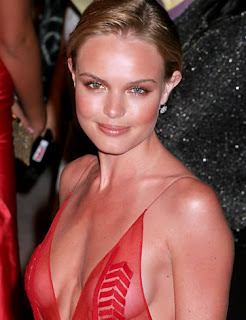 Apple
Where does the fact that all four #1 seeds have never made the final four rank on the “things that don’t make any sense yet make complete sense” scale? Before or after W getting elected twice? Before or after Megan Fox having sexual intercourse with Brian Austin Green on a regular basis? Or, before or after the idea that when you’re on a long car trip all you can think about is standing up and walking around but once you’re up and walking all you want to do is sit down?

Apple
An anatomical guide to the political parties:

Republicans don’t give a fuck. They want the White House and will do whatever it takes to get there. If the nomination process was reversed right now, do you think the Republicans would be worried about the “rules” and “being fair to everyone” or would they just say, “fuck it” and do an automatic redo in Michigan and Florida? See, a penis doesn’t think about consequences, a penis says, I’m going in something tonight and I don’t give a fuck who knows or who cares. A penis acts without thinking, trusts its instincts and ultimately just does what’s best for itself at that exact moment, if that’s not “playing fair” who cares? Fair is a relative term that changes based on what the penis is currently after. A penis can have friends as long as there’s a distinct understanding of what everyone is after; anything or anyone that gets in its way is an enemy. Don’t fuck with a penis when it’s hard about something, it won’t listen and it won’t back down.

A vagina is a deep thinker, a philosopher, fair and equal, considerate, compassionate, just, educated, or in other words, a vagina is a complete fucking pussy. Only a vagina is capable of being dominated for 8 years and then get itself into a tizzy about whether or not to count Michigan and Florida, even though the penis has no say and is not involved in the decision in any way, shape or form. A vagina argues with itself constantly, it’s compassionate to a fault sometimes, spending so much time weighing the pros and cons that it lets opportunities slip away. A penis doesn’t have pros and cons, it has yes and no and that’s it. A vagina spends so much time analyzing its analysis that it doesn’t even realize the penis is fucking it until too late. A vagina wants to be loved and a penis wants to be respected, and that makes all the difference.

Moustache
I wouldn’t call it my favorite movie, even though it’s definitely in my top 5, but the last 15 minutes of Shawshank are the best 15 minutes in movie history. There isn’t better writing, acting or direction anywhere. If you watch the last three minutes starting with “For the second time in my life, I’m guilty of committing a crime” and don’t get goose bumps then you need to step away from the computer and call your Mom right now.

Apple
Is Ashlee Simpson the Kate Bosworth of “I can look smoking hot or hideous depending on my outfit and your mood” or is it the other way around?

Moustache
Look, I don’t blame the Giants for wanting to move on, start a new era and put the focus back on the team as a whole, but I think removing everything Bonds related is egregiously inane. The man was the Giants for the last 16 years and you remove every single image of him from the park? What about all the money he made the franchise over the years? Do you really think people were filling the park to see Rich fucking Aurilia? Ticket sales, merchandise, national exposure, you can erase all of that without Bonds. $100 million, $200 million, I don’t think it’s possible to calculate how much cash he made for the Giants and to cut ties that quickly is just wrong in my opinion. What about a simple poster in left field thanking him for 16 years? You don’t have to mention any of the records, the man won 5 MVPs in your uniform and this is how it ends? That’s sad.
Posted by Casey Lewis at 8:57 AM

Re: Barry Bonds - I can see both sides of this issue - I think perhaps their thinking is that BECAUSE he was so huge for so many years, and BECAUSE he was such an icon, it makes his fall that much harder to bear. Kind of like that chick you REALLY dug that broke up with you so you went on a bender and burned everything she ever touched. But I'm a Red Sox fan, so what the heck do I know anyway...

Hello. This post is likeable, and your blog is very interesting, congratulations :-). I will add in my blogroll =). If possible gives a last there on my blog, it is about the Flores Online, I hope you enjoy. The address is http://flores-on-line.blogspot.com. A hug.

I thought your little blog was fairly entertaining and well written (at least Jerico's bits when he's feeling up to it)...but then I went to

I must say that Flores Online is *unequivocally* a far superior blog in every possible sense.

My spanish is a bit oxidado but as far as I can tell, FO isn't still hung up on Barry Bonds, doesn't think Meg White is especially underrated, features no bitching about a devastating head cold and probably did better in their NCAA tourney.