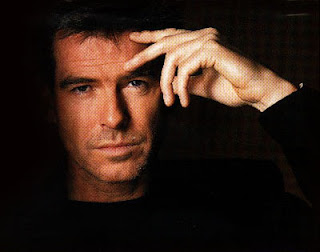 Underrated Opportunity to Have an Honest Discussion With Your Girl About How Inherently Crazy Woman Are:
Sex and the City. Pick an episode, any episode. Let me preface this by saying two things 1) it’s a great show, it really is, if your girl forces you to watch something, this is the one to watch, and 2) Carrie Bradshaw is an absolutely unredeemable character, selfish, self-centered, neurotic, needy, conniving, malicious, she is a cunt with a capital CUNT. However, her cuntiness does give us the opportunity to say things like, “do you see?! Do you see how crazy that is?!” Now, what long-term effect will pointing out Carrie’s cunty moves ultimately have? None, none whatsoever, but it’s still nice to feel like you’re actually accomplishing something. Kind of like when you think “don’t talk to me, homeless person, don’t talk to me, homeless person,” and then when he doesn’t, feeling like you have telepathy for a few minutes. That’s pretty cool.


Underrated Asshole Move People Pull at the Gym:
Filling their water bottle at the drinking fountain while a whole line of people wait. Fuck you, lady! Step aside and let me get a drink! It takes two fucking seconds. We all know you’re going to polish off the rest of that Angel’s Food Cake, read Cosmo and cry yourself to sleep tonight anyway, get the fuck out of the way and start now!


Underrated Racial Slur:
Not our department actually. You’ll have to ask our redneck friends at Your Immoral Compass for that one.


Underrated Facial Expression:
The smirk. It’s so versatile; no facial expression could have so many possible interpretations. “I’m gonna fuck your brains out.” “I hate your fucking guts.” “I really like the way these jeans fit.” “Keep talking, shit head, you’re getting dumber by the fucking second.” “You know what? I think I like New York, I could live here.”

Big fan of the smirk. And while we’re praising the smirk, hats off to Pierce Brosnan, the preeminent smirker of his generation.


Underrated aspect of the MP3 Player revolution:
Being able to ignore people in public because you have headphones on. This has changed my whole life. Homeless people, old co-workers shouting your name from across the street, activists, small children drowning in a fountain – it doesn’t matter, you can just keep on walking.


Underrated Part About Having a Blog:
Sure it’s fun to rant, to have a forum for voicing all of the weird thoughts that pop up through out the day. But you know what a blog is really about? The people. New friends, old friends, friends you’d never knew you’d make and friends you never knew you had. Having this blog has opened me up to a totally undiscovered world of cool sites, great content and fantastic people. Can we all blog hug?


Underrated Sarcastic Statement:
The one right above this one. I mean, fuck you and your blogs. Seriously.

Except you, Tell Him Fred, you guys are pretty bad ass.


Underrated Part About the Above Statement Written About the Statement Above It:
The patented “Buddy, come on” IM I’m going to get from Magglio in about fifteen minutes. The kind of IM where you can actually hear his labia rubbing against his vaginal wall making a soft whining sound like a wet violin.

And with that, Underrated Week at A&M comes to a close. Magglio, you may now return to the Giants and The Hills and I'll go back to making nonsensical offensive statements just for the hell of it. You know what I'll remember most about our first foray into theme week? The laughter. The sound of all the children guffawing in unison like the soft chirp of a dog from the future running and his metal balls sparking together. Ahhhh...that's nice.

Until next time.
Posted by Casey Lewis at 8:46 AM

Those guys at http://yourimmoralcompass.blogspot.com/ really are crazy. Not sure where they're from but I'd guess they have to be from South Eastern Kentucky.

Icee, one endorsement per blog post is enough. No need to continue the love fest. Now back to the games. When do the Lords and Maidens play?

Honky is the most underrated of all time.

The most under rated thing I know of to date is chicks that get laser treatment to their sweet spot.