6 Thoughts on the NFL as Free Agency winds down 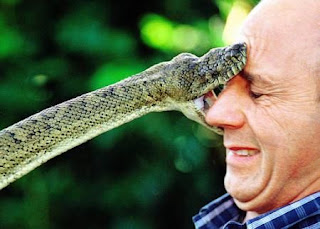 No, this pic has nothing to do with anything, but when I put "free agency"
into google images this was the fist pic that came up. So there you go.

This is a brilliant move, 6 years at $34.5 million – that is a fucking steal. Not only will he give them the first home rum threat they’ve had since Jamal Anderson, but this frees them up to take either the best OL or best QB at the #3 spot in the draft. They can use Norwood as the change of pace back and get Turner 25-30 touches a game – I love this move.

I don’t get this one at all. You’re building a young, talented offense, why spend $35 million on an injury prone head case? Besides, with Braylon Edwards on board you don’t need a deap threat, home run hitter type complement, you need a tough, move the chains, Wes Welker type slot receiver. CLE’s offense was out of this world last year, but the D couldn’t stop anyone – you’re not doing anything in that division unless you can bang with PITT and BAL, spend that money on D, don’t sign a speedster who won’t play more than 12 games next year.

3.
Best trade: NO getting Jonathan Vilma for a 4th rounder

My jaw hit the floor when I saw this. Vilma was an absolute star in his first couple of years when he was the fast, active MLB in the 4-3. The last few, he’s been the strong side backer in the 3-4, which nullifies all of his strengths and is just an absolute mismatch. With that said, the Saints got an impact player, who will fly all over the Superdome making plays at every point in the field and only had to give up a 4th rd pick. Phenomenal trade, does the NFL do comeback player of the year awards? If they do, you just found your candidate.

4.
Worst trade: NYJ getting Kris Jenkins from CAR for a 3rd and 5th rounder

Giving up two draft picks for a 360 pound (ESPN says 335, which is kind of like saying OJ Simpson is “sort of” crazy), ball of lard, would’ve been bad enough, but what makes this worse is that the Jets immediately tore up the final two years of his contract, giving him a five-year, $35 million deal that includes $20 million in guarantees. $20 million in guarantees! He’s averaged ten games a year in his career; he’s only going to get older and fatter, $35 million! That’s just stupid. Here’s the thing about the Jets off season so far, if you have a ratty old couch and you trade it to someone on craigslist for a ratty loveseat and recliner, you know what you’ve done to improve your living room? Absolutely nothing. I can understand the Faneca signing, I get trading Vilma when he didn’t fit, I’m fine with trading Dwayne Robertson if he’s underachieved, but you add all these moves together and it seems like they’re in the exact same place. Kind of like a treadmill.

A few things to note / watch out for:

- Did you know that the last time a top 5 pick was traded was the Vick / LT deal? You’ll hear a lot about “Miami entertaining offers for #1” don’t believe them for a second – this rarely, rarely happens.
- With that said, the only possible trade I can see happening is Dallas packaging the #22 and the #28, and possibly a third rounder and moving up to #4 or #5 to take McFadden. Makes a lot of sense for all three of these teams, but we’ll see how it all plays out.
- You cannot underestimate how important Left Tackles are in football. Everything on offense starts and stops with that position, with that said, if I’m MIA and I have the #1, I take Jake Long 10 times out of 10. Look at the boost Joe Thomas gave CLE last year, young tackles contribute immediately. QB, RB, DE, these are all important, but every team would get instantly better with a great young tackle, if Long is on the board I think every team in the top 5 should take him, regardless of more pressing needs.

6.
Here’s a trade that makes so much sense it won’t happen:

Tell me that trade doesn’t make both teams immediately better. It’s time to end the McNabb era in PHI, too much baggage, too much “almost there.” Besides, it’s been painfully obvious the last few years that PHI isn’t McNabb’s team anymore; it’s Westbrook’s. However, Westbrook is injury prone and he needs a tough, grind it out complement, Benson is perfect. Same story for Ced in CHI, expectations were way too high from the start, he clashed with Lovie, this is a chance for him to start over for a good coach in an offense that will let him touch the ball 12-15 times a game and score 10 touchdowns. At #14, PHI can get a lineman or an impact receiver like Limas Sweed and at #19 CHI will be able to get a solid RB like Mendenhall from Illinois, Stewart from Oregon or Felix Jones from Arkansas. Perfect trade all around.

What about the Eli Manning/Phillip Rivers trade?