A&M For a Friday 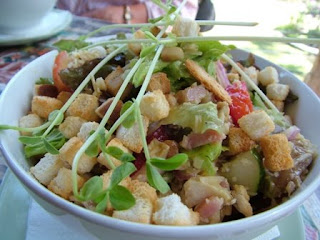 Apple
Tens of readers, help me finish this joke, you know the old saying, “if you tap it more than twice you’re playing with it?” Well, when you’re walking with your dog and you meet another dog, and either your dog or the other is sniffing butt just a bit too long and it starts to get awkward between you and the other dog owner I want to be able to make the joke, “come on now, if you sniff it more than twice you’re…” – how do I finish that? I think we need to come up with a universal joke that can be made in those situations to ease the weird tension a bit.

Moustache
I love getting salads for lunch. Once you’ve found the right place that has good ingredients, normal-looking people behind the counter, good portions at a good price you’re set. Even then though, it all comes down to the amount of dressing they use. A salad is only as good as the level of dressing. Too little and it’s bland, too much and it’s soggy (and a bit too delicious, which nullifies the point of getting a salad in the first place). When you think about it, the dressing quandary is a bit like the old “pull and pray” method of contraception we all use to use back in high school. If it’s not just right you ruin it, if it’s a bit too much the experience is ruined because you worry about it – but when it’s just right, you pull out and nut all over a lemon chicken caesar and everybody wins.

Apple
Does anyone really care about the Olympic Torch? I mean this is a tradition started by Hitler that is being carried out to honor China, who the fuck wants to preserve that? Isn’t this the quintessential “two wrongs don’t make a right” situation? And if they’re bringing the torch around the world as a symbol of peace isn’t it totally backwards not to just pull out at even the slightest hint of protest. Isn’t stubbornly going forward like saying, “you don’t want peace, fuck you, you’re getting’ peace!”

Moustache
I don’t think there’s a more frustrating team on Earth than the Golden State Warriors. Honestly the one team in the NBA who can beat or lose to anyone on a daily basis. I know the West is tougher this year, that they don’t have the surprise element anymore, that the rest of the league is adjusting to Nellie Ball; but Baron’s Boys just don’t seem to have the same fire as they did last year. They played with such a massive chip on their shoulder last year and that’s disappeared for some reason. It was great fun while it lasted, but we’re about to see a very unceremonious end of an era, I think Nellie, Baron, Air France and Jack are all gone next year. Bummer.

Apple
The five best shit talking lines of all time:

“I’ll fuck you until you love me!”

- Mike Tyson, screaming at a male reporter after a press conference got out of hand.

- Karl Malone, to Kobe Bryant’s wife after she asked him what he was hunting for based on his ridiculous camouflage outfit.

“Fuck you, man, you ain’t that cool. Shit, I gotta backpack.”

- A homeless guy to me after I got off the K and ignored him when he asked for change.

“We ain’t bringin’ noise, we bringin’ drama. Fuck you and you’re muthafuckin’ mama.

- 2Pac to Bigge in that one song I’m too white to remember the name of. Great line though.

- Magglio, yelling at an old lady as he pulled into his parking garage after she had berated him for driving too fast.
Posted by Casey Lewis at 11:46 AM

I'm not sure about the sniff twice line. I'm sure you'll come up with something.

In case you can't, my Top 10 Alternate lines:

10. "You'll have to excuse the excessive sniffing. Ever since he lost his eye, he's been really trying to take his time and appreciate the little things in life."

8. “My wife doesn’t let him do this so he milks his walks with me for all they’re worth.”

7. “It takes him a few more sniffs with his springtime allergies.”

3. You gotta admire him for thinking she’s in his league.

1. “This has never happened to him before. Your dog’s not a vegan is it?”

How about turning to the other owner, dropping your pants, spreading your cheeks and saying "want my phone number?"