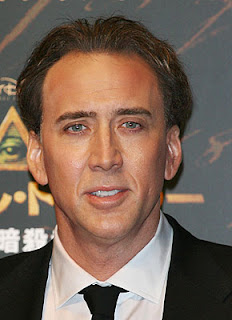 1.
How guys find Danica Patrick attractive in any way, shape or form. She looks like a garden gnome and a bitchy one at that. Obviously this is driven by the fact that she’s the only girl in a 100% male dominated environment, which confuses and boosts her hotness rating by a factor of 1000. This could be called “the only cute girl in your PE class” syndrome. Remember how PE always had five chicks? Three fat girls that wore sweats under their shorts, one black girl that thought she was a really good athlete and talked shit but is really terrible at everything and a little horsey, and then the one semi-cute girl in tight shorts that got exponentially hotter every day? I think Danica is the girl in cute shorts. You watch her stretch, you stand behind her in line for the water fountain and then almost stickify your sweats when she bends over to get a drink and everything culminates in the last week of the class when you try to act a little too cool when you’re her partner in pickleball. We all remember that girl right? In the wild she’s just average but in those little shorts she’s jerk-worthy, I think that sums up Danica perfectly.

2.
Why every speech by the Pope isn’t referred to as “Pontifficating.” How have we let it get this far without making this reference? Also, explain this to me, why does everyone go nuts and scream like he’s a rock star or something? Isn’t that idolatry? Shouldn’t the proper response be silent reverence? I have a million questions about the Pope, but let’s answer pontifficating first and go from there.

3.
The penis and why it moves and changes shapes at will. I mean, how crazy is that thing? If you pee 15 times in a day your dick will have 15 different sizes and moods, there aren’t many things on earth that are more mystifying than that. I realize that chicks have it a lot worse with the whole “my downtown slowly bleeds for five days” thing, but at least that follows some kind of pattern. “It’s the 24th, here comes the hatchet wound.” With a dick though, you have no idea. Guys, you know how you sometimes have those “big dick” days? For some inexplicable reason your soldier is half-mast or bigger for the entire day? What the fuck? How annoying is that? And why can’t we figure out a way for this to happen everyday? What a mystery that thing is. For example, right now there’s a dude reading this who is totally hard, which is both totally weird and totally normal at the same time.

5.
Also: how anyone in their right mind could find Friends or Everyone Loves Raymond even the least bit funny; why Yoda didn’t build some crazy force field or something and train Luke from the minute he was born rather than waiting until he was 18 to start the training essentially repeating the exact same thing they fucked up with Vader; how people can seriously quote the 2nd amendment when arguing against gun control; why airplane seats are so uncomfortable; why the radio stations in San Francisco are so atrociously awful; why gay people aren’t allowed to marry but shows like The Bachelor and Rock of Love are allowed to exist; why it’s been so long since Al Pacino and Robert DeNiro were in a good movie; how copy machines work; why coffee makes you poop; Nicolas Cage’s face, Colin Farrell’s hair and how Nicole Kidman can get pregnant without any reproductive organs.
Posted by Casey Lewis at 9:00 AM

I'm totally with you on your last point. I become physically angered when pretty much ANY sitcom comes on. If I ever am held at Gitmo, the best form of torture to get info out of me is to play a constant loop of 2 and a half men and everyone loves raymond. There is NOTHING funny about that shit.
When I find out that a friend likes something like Scrubs (ahem, Cutty), I immediately lose respect for them.

Pacino's new movie has a whopping 5% on Rottentomatos.com