Since You've Been Gone... 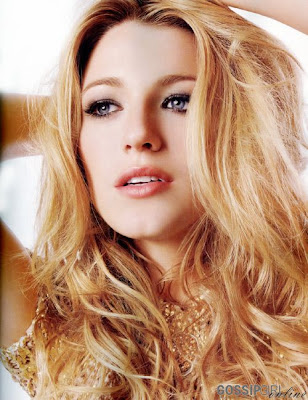 I realize you’ve only been gone for about 48 hours but so many things have happened I thought I’d pen a letter. I spent the most time trying to figure out what song should be playing while you read this letter. I wanted the music to signify importance like the end of a Growing Pains episode when Mike Seaver and his trusty side kick Boner realize that even though they didn’t come in first place they learned a valuable lesson along the way. Not sure what that song should be. But you get the idea. I also know for a fact, that when you’re reading this, the edges of the screen (the audience's TV screen mind you) will be slightly cloudy like a glamor shot taken at a mid range mall portrait studio.

Here's what's been going on since you've been gone....

I watched “The Private Lives of Pippa Lee”:
Dude, this was a great movie. If Robin Wright Penn doesn’t get nominated then it proves I don’t know shit about the Oscars. And Blake Lively turns in a surprisingly good performance, not to mention there’s a great sequence where she gets spanked while dressing up in different ‘Halloween’ costumes. Totally fucking hot. While I really enjoyed the movie I have to say two things threw me off

1) Keanu Reeves. Yes. Keanu Reeves is in the movie and at one point wears a t-shirt that just says ‘What?’ on it. Almost too good to be true. But it is true. I paused the movie just to be sure. And...

2) There’s some fuzzy math going on where Blake Lively dates Alan Arkin and then they fast forward in time and Robin Wright Penn is the older version of Blake Lively now married to Alan Arkin and we’re supposed to believe it all just works. Sound confusing? It is. Enough that I again had to pause the movie and try to do some quick math about everyone’s ages before my wife finally told me to just go with it and press play. So I pressed play. But it still irks me today.


I watched "Pirate Radio":
Great movie. I can’t tell if the fact that I went 2 for 2 on good movies says more about my ability to easily be entertained or more about the quality of the 2 movies I saw. Doesn’t matter. This is Phillip Seymour Hoffman as we love and know him. Not ‘Boogie Nights’ PSH which will never again exist, but 'Almost Famous' PSH. Funny, Confident while still being aware of his girth, engaging, charming…he was perfect. You gotta see this movie. I think you’d really like it. (That goes for you too Dad. This movie is right up your ally. Great music and hot chicks. Sorry though, no nudity).


Chargers, Colts, Saints, Vikings, Update:
Let me see if I can break this down for you. The Chargers are peaking at the perfect time. The Colts benched Peyton and chose to slow their peak which practically gave Chris Berman a hemorrhoid on national TV. Saints are imploding right before our eyes and the Vikings have now realized what it means to have 46-year old Brett Favre as your quarterback this late in the season. Oh yeah, the Seahawks still fucking suck. I'm putting money down on the Packers.


Your Fantasy Championship game:
First, the bad news. You lost by about 15 points. Now the good news. You had no business making it this far anyways. We both know that. You started Devonne Bess in the championship game for fuck’s sake. Desean played like Desean and Gore did the best he could be let’s be honest, your team sucked. Congrats on 2nd place. Now we have to take a whole off-season of listening to Moody’s dumbass gloat.


JP’s Birthday next year:
We came up with a KILLER idea for Jammy Pants' birthday next year…wait for it….The Maui Invitational! Boom. They just announced that Washington will be participating next year and it’s the week of Thanksgiving which is also her birthday week. What could be better? Hawaii? Huskies? Patch in a bikini? Get ready buddy.


In Burges:
Great movie posts last week. The chatter has been fantastic. I still get people sending me emails and IM’s wanting to talk about your list. Little do they know I had nothing to do with it besides agreeing with your number 1 pick. As you know, you need to watch In Burges when you get back and let our readers know what you think. Not only did one of our readers, Bryan, deem it the best movie in the history of the uinverse but KK practically gave him a written hummer by confirming that it was a good movie. Remember how much KK loves Colin Farrell? Man KK can be such a pussy sometimes.

Email ThisBlogThis!Share to TwitterShare to FacebookShare to Pinterest
Labels: gants moustache is KILLING it

i just wanna add a bunch of apps and stuff to my iphone. i know with jailbreaking you can install more apps and stuff but what does unlocking it do?
[url=http://forexrobot-review.info]best forex software[/url] [url=http://www.brainiac.ru/profile.php?mode=viewprofile&u=21155]unlock iphone[/url]

Caity, I will still donkey blast your ear hole.

WHAT IS ALL THIS MOVIE BULLSHIT? MOVIES ARE ONLY SOMETHING TO WATCH WHEN THERE IS NO GAME ON. WHAT A BUNCH OF PUSSIES. IN A PINCH YOU COULD WATCH ANY GIVEN SUNDAY OR LEATHERHEADS BUT COME ON. I WILL GRANT YOU THAT ANIMAL HOUSE AND 101 DALMATIONS DO MAKE ME TEAR UP A LITTLE BUT ITS PROBABLY JUST SAWDUST IN MY EYE. THANK GOD THIS IS ANONYMOUS.

Don't threaten me with a good time, Tahoe.

Magglio: I apologize. I've been on an epic bender. I will try to remember some of the details and send them along in a timely manner.

Good day, sun shines!
There have were times of hardship when I didn't know about opportunities of getting high yields on investments. I was a dump and downright pessimistic person.
I have never thought that there weren't any need in big starting capital.
Now, I feel good, I begin to get real money.
It's all about how to select a correct companion who uses your money in a right way - that is incorporate it in real deals, and shares the profit with me.

You can get interested, if there are such firms? I have to answer the truth, YES, there are. Please be informed of one of them:
[url=http://theblogmoney.com] Online investment blog[/url]

That is a well written spam post above. Magglio was that you?

Good day, sun shines!
There have been times of troubles when I didn't know about opportunities of getting high yields on investments. I was a dump and downright stupid person.
I have never thought that there weren't any need in large starting capital.
Now, I'm happy and lucky , I started take up real money.
It's all about how to select a proper partner who utilizes your funds in a right way - that is incorporate it in real business, and shares the income with me.

Good day, sun shines!
There have been times of troubles when I didn't know about opportunities of getting high yields on investments. I was a dump and downright stupid person.
I have never imagined that there weren't any need in big initial investment.
Now, I feel good, I begin take up real income.
It gets down to choose a correct companion who utilizes your money in a right way - that is incorporate it in real deals, parts and divides the profit with me.

You can get interested, if there are such firms? I'm obliged to answer the truth, YES, there are. Please be informed of one of them:
http://theblogmoney.com

Good day, sun shines!
There have were times of troubles when I felt unhappy missing knowledge about opportunities of getting high yields on investments. I was a dump and downright stupid person.
I have never thought that there weren't any need in large starting capital.
Now, I feel good, I started take up real money.
It gets down to select a correct partner who utilizes your funds in a right way - that is incorporate it in real business, and shares the profit with me.

Manufacture the sensual with two backs casinos? into this advanced [url=http://www.realcazinoz.com]casino[/url] advisor and wing it underrate online casino games like slots, blackjack, roulette, baccarat and more at www.realcazinoz.com .
you can also horn in with our additional [url=http://freecasinogames2010.webs.com]casino[/url] mastery at http://freecasinogames2010.webs.com and wave in factual incredibly misled !
another story [url=http://www.ttittancasino.com]casino spiele[/url] regard is www.ttittancasino.com , in compensation german gamblers, compose in unrestrained online casino bonus.


I don't mean this in a bad way, of course! Societal concerns aside... I just hope that as the price of memory decreases, the possibility of uploading our brains onto a digital medium becomes a true reality. It's a fantasy that I daydream about every once in a while.

You have had 5 more spam comments than posts this decade.