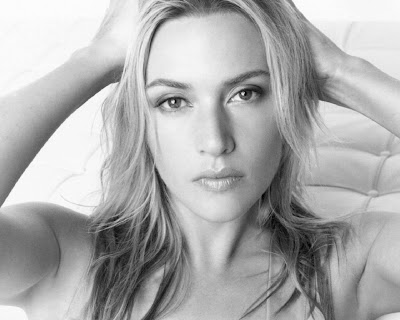 
Without further ado, the best movie of the decade is:

1. Eternal Sunshine of the Spotless Mind
As I’ve mentioned a few times during these posts, Romadramedies (romance + comedy + drama) are by far and away my favorite type of movie, and Eternal Sunshine is the best representative of the genre. Funny, achingly sad, philosophical, sweet, horrifying, the amount of emotions that this film entails, and the amount of places this screenplay takes you inside your own head are too numerous too name. Now, I fully admit that this movie is weird, maybe it tries a little too hard at times, maybe the director gets a little too clever with some of the visuals, but when you break this down and realize that everything that happens visually is a metaphor for what is happening emotionally, well, it just fucking works. Add in career-defining performances from Winslet and Carrey and no film this decade had a more complete package.

I’ve spent way too much time ruminating on and deconstructing the central metaphor in a somewhat futile attempt to figure out what each of the visual elements mean and how this ties back to the overall theme. There’s way too much going on here to go through, so let’s talk about the big, big takeaways:

1) We need our pain. I can’t remember who it was, but I once heard someone say that we “are the sum of our experiences.” This isn’t just the happy stuff either; it’s the whole package, the mundane, the embarrassing, the hurtful, the proud, the sad, the sexy, the salacious. If we take one thing off that list, we change forever.

2) By far the most painful moment of a breakup is the revelation that the other person has completely moved on even though you still hurt. The fights, the lies, the accusations, all of that fucking sucks. But it’s knowing that you still need them and they don’t need you that hurts more than anything.

3) To quote my favorite director who left his wife for one of his Asian stepchildren, “the heart wants what it wants.” Love is not only emotional and physical, it’s physiological, biological and a shit fucking ton of other words that end in ogical.

4) How we see our past changes based on our current perspective. If you’ve ever kept a journal or a diary inevitably you’ve had that moment where you’ve looked back at something you’ve written and said to yourself, “what the fuck was I thinking? Who the shit is this person?” Memories are the same way. When we look back at a certain event or time, we are doing so as the person we are now, the person we were then has grown, changed, had new experiences. After a certain amount of time passes, you can’t objectively look back at a failed relationship as a singular event frozen in time because too much has happened and the memory has evolved.

And those are just the hors d’oeuvres. There is so much more going on above and below the surface that I could spend months and another 10,000 words breaking this film down. Intelligent, interesting, perfect, every time I throw this in it feels fresh, I notice something new I hadn’t seen before, giving me something else to chew on. And that, along with a host of other reasons, is why Eternal Sunshine is A&M’s top movie of the decade.

Thanks for following along, everyone. Happy Holidays.

Stand up and join in a dramatic slow clap

Thanks guys. The past 4 days of posts have been incredible. I don't agree with everything but this is a great starting point for plenty of arguments I plan on having over Xmas.

I shit on your list. Ever hear of a little diddy called Spaceballs?

As a result of this quadruple abortion on paper, I will not speak to you for a solid month...As per our usual agreement.

Merry Fucking Christmas, you pussy. I love you.

movies of the decade, bro, not all time. Please don't accuse me of that ever again.

thanks for your comment. I love memento, great script, great direction, the first time Nolan took his dick out and said, "yup, it's this big." I appreciate the achievement, but that movie is tedious to watch, almost too much going on to sit and enjoy. Great movie, but not in my top 50. Thanks again. Keep 'em coming, folks.

My point still remains that you are a pussy and pussies are often attracted to MONEY and POWER, and I HAVE BOTH and YOU KNOW IT!

I love, love, LOVE American beauty, but it came out in 1999, so isn't applicable. I really liked crash when I saw it the first time, but it hasn't aged well, a lot of the plot and dialogue feels forced and the movie just tries to be hard to be poignant. Poignancy is like tits, you can always fake 'em, but the more subtle you are the better, and crash has DDs.

Hey - found your blog a while back while reading the fat white guy. I like your stuff. Anyway, one of my favorite movies from last year was “In Bruges,” and I was wondering about your thoughts on that one. Hit men and hookers, a coked-out midget, the word “cunt” used 96 times in a 5 second span and a guy from Harry Twatter falling a hundred feet and face planting on the street… what’s not to like?

boy do i feel like a horse's ass. next time, i'll check when a movie was made before i comment. valid point on crash as well. keep up the good work.

Jericho is on his way to gay paris right now. But I managed to call him before he hopped on the flight to ask him about In Bruges. He said he hasn't seen it. Weak. We then got into a heated argument about his ability to rank movies if he hasn't seen every single move that has ever been made. He then pretended like he was going through a tunnel and hung up on me. I personally think Mean Girls should've cracked the top 50. I mean, how funny was that movie? OMG.

He said he'll watch In Bruges when he gets back and respond then. Thanks for reading. you're the best. No, seriously. You're the best.

Great list. Appreciate you giving a little love to Big Fish and Once; both brilliant movies.

I do have to agree with Brian on In Bruges. It's a classic and Colin Ferrel is surprisingly good.

Thank God you caught him before he got on the flight. Mean Girls taught me not to have sex. Or I will get chlamydia and I will die. So like...I mean...I've got that goin' for me.

I feel like a total dick now though. Just pretend that you don't know that guy does his best Harrison Ford/Richard Kimble impression on concrete.