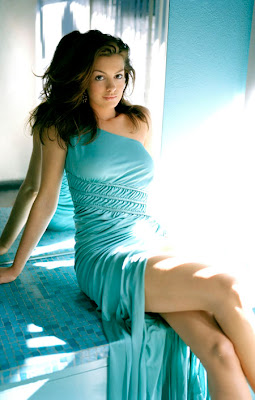 30. Stranger Than Fiction
This movie would be higher except for two elements that severely damage its rewatchability: a) the love story is just too implausible, I understand why it’s in there, but it’s too much of a stretch and gets worse on repeat viewings; and b) The Queen. I’m a big admirer of Queen Latifah, she elicits a special breed of terror when she’s on screen, in fact, every time she appears I hear “you don’t fuck wit da Quuuuuuueeeeeeeen” in my head, which is the appropriate response but is ultimately very distasting. With that said however, this movie is so unique and the directing and acting so great and the fast forward button works so well every time the Queen comes on, that this movie belongs right here.

29. Gone Baby Gone
Most movies that rely on a big twist don’t hold up over time, but this one is so much deeper than the big reveal at the end. Great acting, great direction and one of the most haunting closing shots in memory; who knew Ben Affleck had this in him?

28. In The Bedroom
God fucking bless Tom Wilkinson. He makes bad movies watchable and good movies great. This movie is so horrifically sad that it’s hard to take down more than once, but the acting, pacing and writing keep me coming back.

27. Milk
Honestly, Sean Penn is such a moody fuck and speaks with such a clenched jaw, that seeing him kiss a man was less jarring than seeing him smile. I didn’t know he had teeth. Amazing movie. Not sure what else there is to say.

26. Rachel Getting Married Anyone see this? Watching Anne Hathaway in this movie was like watching a rookie QB have his first 300 yard, 3 TD game; you realize you’re watching someone who’s going to be famous for a long, long time. Here’s a name for you, Bill Irwin, the father in the movie, how incredible was that performance? Really excellent film making from the incomparable Jonathan Demme, his name doesn’t get tossed around with the greats but it should, check out his IMDB page sometime. It’s a fucking murderer’s row.

25. Away We Go
Entertainment Weekly’s Lisa Shwarzbaum named Away We Go the second WORST movie of 2009 with this quote, “Go away, you annoyingly smug young parents-to-be with your self-satisfied dissatisfactions and your damn quirks. Scat.” What the fuck? Has she been sucking on an exhaust pipe again? I loved every fucking second of this movie. It’s original, endearing, thoughtful; featuring two people who generally love each other and feel out of place in a world that doesn’t seem to want them in it. Haven’t we all felt that way at some point? Why do romantic comedies have to be quirky and hip to be well received? What about real people with real emotions in real situations? I could live to be 100 and never understand why this movie was swept under the rug. If you, like Lisa S, feel that this movie and the characters don’t like you, then maybe they shouldn’t.

24. Traffic
One of those movies that almost seems a bit too real. Layers upon layers upon layers, all held together by Soderbergh’s brilliant direction and unreal cinematography. I’m torn on Soderbergh, he’s part rogue, part sellout, vacillating between weird little indie experiments and overblown Hollywood movies (honestly how bad were Oceans 12 and 13?), yet doesn’t ever seem entirely comfortable being either. How will we feel about his work 25 years from now? Either way, Traffic will certainly be mentioned in that conversation, a brilliant film from start to finish.

23. No Country For Old Men
I was fucking blown away by this movie when I saw it for the first time. I named it the best movie of 2007 and was, and still am, completely floored by Tommy Lee Jones’ performance. So why isn’t this higher? The ending. Look, I get how original it is, how artistic and all that, but it’s unsatisfying, it just is and I can’t intellectualize myself out of that notion. Following a character that closely for 90 minutes only to have him disappear so ignobly feels cheap. I’m sorry, people-smarter-than-me, it just does. Give me a quick snapshot, a flashback and this movie goes in the top 10, without it, it lives here.

22. Monster’s Ball
Another fucked up movie. What’s wrong with me? Watching it now, with everything that happened to Heath and the mystery surrounding his death, is completely terrifying. Marc Forster, my favorite director right now, started his amazing run with this movie and hasn’t stopped. I mean, the guy showed Halle getting nailed from behind and he somehow made it depressing, that’s talent.

21. The Prestige
I’m guessing this will surprise a few people. The moral question at the center of this movie, about how far people will go for fame, is one of the most fascinating I’ve ever seen in a movie. I’ve spent days rolling this movie around in my head and it just gets better and better each time.