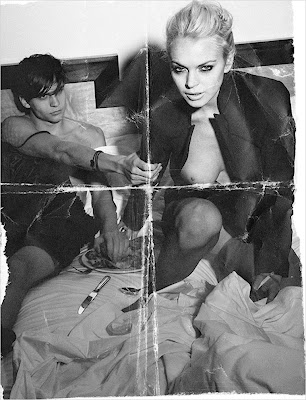 If you're like me (and the rest of America, according to the Billboard Hot 100), you love the Jay-Z song "Empire State of Mind." But here's the thing: there's apparently a frequently-misunderstood lyric regarding popular NBA players LeBron James and Dwyane Wade, one that seems to leave a number of people befuddled. Maybe you've heard this line? It's in the second verse and goes something like this, "I got it made/If Jeezy’s payin’ LeBron, I’m paying Dwyane Wade." A lot of people think this has to do with an NBA franchise, of which Jay-Z is a part-owner: the New Jersey—soon to be Brooklyn—Nets. Those people are wrong.

So, in "Empire," Jay-Z takes this one step further, so as to show his impressive status in New York. He suggests that, while Jeezy may be paying $23,000, Jay-Z is paying a mere $3000 (expressed as Dwyane Wade's jersey number) for a kilo of cocaine.

I am a good driver. I always drive Linsecum, (Bonds in school zones) and when I'm not moing I am Gilbert Arenas.