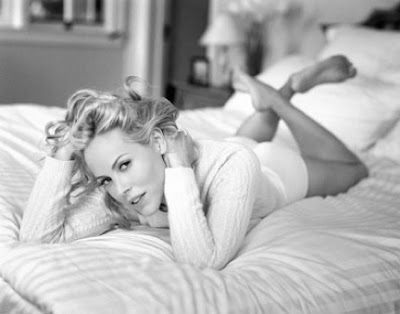 
40. Taken
When this movie ended I sat up in my chair and proclaimed loudly, “greatest movie of all time!” – I was a little excited obviously, but it’s pretty fucking awesome. Literally the most exciting 96 minutes in film history, Liam starts killing people at about the 14-minute mark and doesn’t stop until the movie is over. There’s actually a moment when he pops out of a corner and kills the credits.

39. Old School
Is this the most quotable movie of the decade? How many times have you said “earmuffs” since you saw this? 10? 50? There's some really great comedies on this list with a lot of hysterical scenes, but the part where Frank shoots himself in the neck with the dart is the funniest moment of the decade for my money.

38. Constant Gardener
The last scene, with Ralph sitting triumphantly on the beach waiting for his killers to find him, is one of the most moving, touching and achingly sad things I’ve ever seen (come on, you can’t review 50 movies without a little bit of schmaltz). This movie is like a gigantic puzzle that unfolds like so many gigantic puzzles do: one piece at time. Oh fuck you, just rent this, it’s totally fucking tits.

37. History of Violence
I didn’t like this movie the first time I saw it. The violence felt gratuitous, the sex awkward and dirty, the ending weird and completely unsatisfying. But the movie grew on me after repeat viewings and now I appreciate the sly, subtle brilliance in the screenplay. John Hurt, Ed Harris and the sneaky hot Maria Bello are all incredible; but this is Viggo’s show and he fucking kills it (literally, figuratively and vaginally).

36. Closer
This movie is haunting. I haven’t seen it in four years but it’s still with me, a stink I can’t get off, like a bad cigar or “Antonio” the new scent by Antonio Banderas. Four terrible people doing terrible things to each other, yet for some reason you can’t denigrate either character; somehow you’re rooting for each person to succeed and fail at the same time. Writing this makes me want to watch it yet never watch it again.

35. The Aviator
If this movie were 35 minutes shorter, it’d be in the top 10. You’ll notice something about my top 10 when we get there, no film is longer than 2 hours and 20 minutes. You get any longer, and you don’t have Godfather or Shawshank in your title, then I’m not sticking around for the whole thing. Length is a major factor in rewatchability, and The Aviator is just too fucking long. Movies are like erections, if you have one that lasts longer than 2 hours and 20 minutes then you need to hop out of that creepy tub and go find a deer to fuck.

34. Finding Neverland
Sweet, innocent, touching; take the commas out of the beginning of this sentence and you’ve got a recipe for getting arrested on a playground; leave them in, and you’ve got Finding Neverland, a wonderful little movie with two of the biggest stars in history, Depp and Winslet doing their thing. The last hour is a little too obvious and maybe tries a bit too hard, but the overall product is outstanding.

33. Million Dollar Baby
A complete roller coast ride from start to finish; a boxing movie, a buddy movie, a kid from the wrong sides of the track does well movie, a euthanasia movie, a movie about religion, family and loss. In other words, a movie with alotta shit going on. Despite all of that, it’s a movie that loves it characters and gives them time to develop and grow. Clint has been a major star for 50 years, with movies like this, he’ll be famous for another 200.

32. Finding Nemo
Pixar’s most traditional movie in many ways is also one of its best; funny, exciting, scary at parts, really enjoyable from start to finish. Thank God for Pixar, can you imagine what parenthood would be like without Nemo? On a related note, I saw this movie on mushrooms once and couldn’t eat fish for six months afterward.

31. The Hangover
Is it too early to put this movie this high? After a few years and a few more viewings, will we realize that this was decidedly too low? I’m leaning towards the latter and so is Dr. Faggot.

Good day !.
You may , perhaps very interested to know how one can manage to receive high yields .
There is no need to invest much at first. You may start to get income with as small sum of money as 20-100 dollars.

AimTrust is what you haven`t ever dreamt of such a chance to become rich
The firm represents an offshore structure with advanced asset management technologies in production and delivery of pipes for oil and gas.

Its head office is in Panama with offices around the world.
Do you want to become really rich in short time?
That`s your choice That`s what you really need!

I`m happy and lucky, I started to get income with the help of this company,
and I invite you to do the same. If it gets down to select a proper companion who uses your savings in a right way - that`s AimTrust!.
I earn US$2,000 per day, and what I started with was a funny sum of 500 bucks!
It`s easy to start , just click this link http://ovutojexer.wtcsites.com/equgowe.html
and lucky you`re! Let`s take this option together to become rich

Dear Author applesandmoustaches.blogspot.com !
It is a pity, that now I can not express - there is no free time. But I will be released - I will necessarily write that I think on this question.