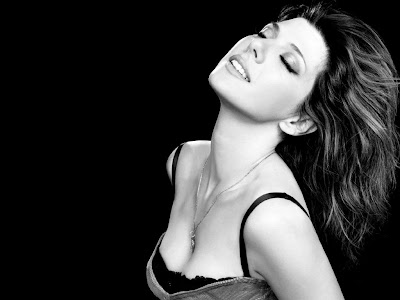 Unless you regularly eat soap you’ll see the headline above and know what this post is about, so I won’t spend too much time on the intro, but here are a few things to be cognizant of as you devour this list over the next few days:

- Lists like this, by their very nature, are completely useless, immaterial and stupid. But fuck are they fun to do. I highly recommend it.

- Ranking awesome movies is kind of like ranking Victoria’s Secret models: the top 10 is surprisingly the easiest part; with the bottom being the hardest b/c they are almost entirely based on mood. For me, the top 3 would be some combination of Miranda Kerr, Alessandra Ambrosio and Adriana Lima, and really does it matter who gets the #1 slot? Everyone wins if those three science projects are involved. But who gets the #41 slot? Much harder.

- On a related note, it’s difficult to balance older and newer movies, because the latter is unavoidably top of mind. I really had to go through IMDB to figure this out and have had to start over several times upon realizing a glaring omission.

- Rewatchability is a crucial factor. I really don’t think you can get an idea of how good a movie really is until you are 30 minutes into your 3rd viewing. The first viewing is always deceptive, impacted by hype, preconceived notions, etc; the second is heavily influenced by your lingering feelings from the first; the third, in a weird way, is the only truly unbiased viewing. This weighs heavily into my selection process.

- It’s also important not to let an individual performance affect the way you think about the movie as a whole, which is more difficult than you think. For example, I hate Lost in Translation; fuck that movie. But Bill Murray’s performance is one of the best of the decade, potentially top 5. If I find that movie on cable I always end up watching for a few minutes purely to see him, but quickly flip away when something reminds me how annoying that movie is. Does this make sense? Even if it doesn’t, fuck Lost in Translation.

- No, seriously, FUCK Lost in Translation.

Without further ado, the top 50 in reverse order:

50. The Bourne Ultimatum
The best pure action movie of the decade and possibly one of the most influential, how many movies have we seen since the first Bourne to feature hand-held filmed fight scenes? The Bourne movies were the Pearl Jam of the 90s, everyone wanted to sound like them.

49. Before the Devil Knows Your Dead
This movie came and went without anyone really noticing, but is one of the best suspense movies of the decade with an absolutely killer fucking cast. Hey meatheads, want to see the sneaky hot Marisa Tomei fucked doggy style for 5 minutes? I thought so.

48. Kill Bill
I love these movies, but the excessive dialogue gets a little tedious on repeat viewings. If anything, this movie is a victim of its own success: the action is so good we get impatient waiting for it.

47. The Queen
One of those movies I expected to fully hate and ended up completely riveted (when was the last time you had a good rivet? I highly recommend it.). So much going on in this movie, it has an unexpected depth and density that really carries it forward. The relationship between the monarchy and the government, which is really at the heart of the movie, is absolutely fascinating.

46. 40 Yr Old Virgin
Of the Apatow movies, this one has aged the best and holds up well over repeat viewings. Further proof that Seth Rogen is a fucking force as a supporting player and a C- as a leading man.

45. Little Miss Sunshine
Another highly influential movie with a host of imitators, this hasn’t aged as well as I thought it would but is still a great movie. Not much else to say.

44. Man on Fire
Strong case for the most underrated movie of the decade and definitely one of the most rewatchable; Denzel doing Denzel things and a very satisfying ending. Great movie to watch on TBS on a Tuesday.

43. The Incredibles
One of Pixar’s most relatable films even though it’s about superheroes; this one probably should’ve been higher. Not only does this movie tackle subjects like teen angst and midlife crisis as well, if not better, than any other movie in the decade, but it’s a fucking kick ass action movie to boot.

42. District 9
The most original, creative and mind-blowing movie of the decade, District 9 transcends the sci fi genre and succeeds on a multitude of levels. Remember the name Neill Blomkamp, folks, we’re going to see some major, major things from him over the next few years.

41. Elegy
I think only two people in America saw this movie, but they loved it and thought it was completely mesmerizing from start to finish. Has anyone had a weirder, cooler career than Ben Kingsley? Regardless of how you feel about little indie movies about aging professors and their much younger lovers, this movie does have one central theme that we can all get behind: how absolutely horrifically sad it would be if Penelope Cruz had to have her breasts removed. I think I’d become a Jehovah’s Witness and start selling bibles over the phone or some shit if that happened.