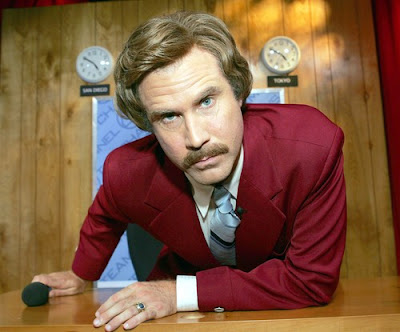 
20. Wedding Crashers
Blowjobs and French dips aside, is there anything better than watching a great, R-rated comedy in a packed theater? Everyone’s had a few, everyone’s in a good mood, you laugh at things that you normally wouldn’t and miss parts because the collective laughter is so loud. It’s the best, and I had one of my better movie experiences seeing Wedding Crashers. On a scale of one to ten, how good is the opening montage of wedding clips? A 15? 25? Sure, the wheels fall off the last 35 minutes, but the wedding and the dinner scene are so good we forgive this movie for its digressions. Just the tip, just for a second, just to see how it feels.

19. Cast Away
By far the hardest movie to rank, because of the B- opening, A++++ middle and H ending (yes, H); even if the ending was in the C range, this movie catapults to the top 5, maybe top 2 or 3. It’s captivating on all levels, with Tom Hanks giving one of his best performances (which is saying something). However, when making this list I really tried to rate and review movies as a whole, not being swayed by great moments, scenes or performances. So here we are, #19. Could’ve been so much better.

18. Once
I’ve expressed my love for this little movie on more than one occasion and it’s only gotten better with time. Quiet, slow, thoughtful and true, this movie is completely unassuming and unconventional, showing the characters for who and what they are. The music elevates the movie to a whole new level, providing more than the soundtrack but serving as the emotional center of the film. One of the most rewatchable movies on the list.

17. Anchorman
Are there better movies than Anchorman? Sure. Are there better comedies? Probably. Pound for pound, has there been a funnier, more quotable, more enjoyable movie this decade? Nope.

16. Mystic River
Yes, Million Dollar Baby took home the big trophy, but for my money this was Clint’s best movie this decade. Dark, layered, gritty, hypnotic; with Sean Penn reaching new levels as the guilt-stricken father. The great thing about Clint’s movies: they never try too hard; they are exactly what they are. The indie film movement has given rise to the “holy shit I’m directing!” style of filmmaking, but Clint is an old school, true-to-form storyteller. What a fucking artist. The guy directed 9 movies this decade and they’re all good. Mystic River is the best of the bunch.

15. The Royal Tenenbaums
Yes it’s a little pretentious, precocious and up-its-own-ass-ious, but fuck it’s funny. Member how Gene Hackman made this movie and then disappeared off the planet? I’m torn on Wes Anderson; sometimes it feels like he out thinks himself, as if he’s trying to make every scene original rather than true. This makes movies like The Life Aquatic seem too premeditated, as if Wes is a victim of his style rather than a master of it. With that said however, he’s firing on all cylinders here, creating just the right amount of tension and angst where every moment of pain or torment feels real, and every laugh feels genuine and cathartic.

14. Big Fish
All of the great aspects of Tim Burton’s movies collide with Big Fish. Suddenly the visuals exist for a clear purpose, advancing the story rather than merely enhancing it, if that makes sense. When I walked out of the theater, I knew I loved the movie but wasn’t sure what I was supposed to take from it, what the overall message was supposed to be (and if you can’t tell by this obsessive blog series, that drives me fucking crazy). After a few times on DVD I think I’ve got it: we need to love people on their terms, not ours. People are who they are and exist in their own version of the world, and if we want to truly understand them and love them, we have to enter that world, not force them to enter ours. Not sure if I 100% believe in that myself, but this film does with all its heart which is what makes it so fucking great.

13. There Will Be Blood
When film students dissect the films of our generation 50 years from now, the first name they’ll mention is Paul Thomas Anderson, a true cinematic genius who has done more to advance the medium than anyone else over the last 15 years. Part Scorsese, part Demme and part Tarantino; his movies are atmospheric, creating a mood that is completely specific to that film. Boogie Nights and There Will be Blood are very similar and vastly different at the same time and that’s the best compliment I can give.

12. Munich
Another movie that I didn’t love the first time I saw it, but has slowly and quietly climbed back into my head. Dark, violent and extremely depressing, Munich shows the true effect of “revenge” and how those symptoms permeate and reverberate throughout every aspect of our lives. Like most of you, I was totally thrown by the sex scene at the end, it seemed awkward and gross, but it makes complete sense now. There is no escape, even in the most private, intimate moments of our lives. I’m an unabashed Spielberg fan and with this movie and Schindler’s List (the greatest film ever made in my opinion), he has made two films that will be discussed, debated and devoured forever.

11. Before Sunset
I’m not exactly sure what genre you’d lump this movie into, but whatever that category is, it’s my favorite. Part comedy, part drama, part romance (romadramedy?), this movie asks and attempts to answer the big questions that we all face as we enter our 30s: am I ready to have kids? What is happiness? Do I really know the difference between infatuation and love? Is there a difference? Am I grown up enough to handle growing up? The characters are so well defined and so identifiable that they feel like friends, an amalgamation of everyone I know (which includes myself). Even though it’s a Romadramedy, it has as much suspense as anything else I saw this decade, my heart was beating so fast with anticipation during the “will they or won’t they?” scene at the end, that I thought it was going to leap out of my chest. I’ve seen this movie 10 times since, and that scene still gets me every time.

i thought There will be blood was a pile of crap and i love daniel day lewis. don't know why, just didn't like it.