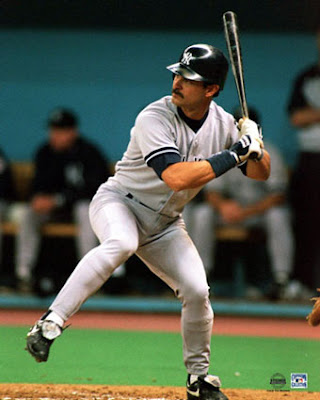 ...Nobody (besides J-hoff) commented on my top 10 girls post. What the fuck? I put myself out there. Showing you my top 10 is the equivalent of me showing up at Don Mattingly’s house tomorrow and confessing my 9-year old love for him. I left nothing on the field. That’s the last time I open up to you.


...Ok, I’m sorry. Maybe I was a little rough. I’m not mad. I’m just a little confused. Did you see that picture of Bar Rafaeli? If you didn’t have a strong physical reaction after you saw that picture then you are either a) dead, b) gay or c) not meant to be reading my blog. You heard me.


...I watched more hockey this season then I ever have in my life. Not by choice. I got suckered into watching that crazy Sharks game a few weeks back. Then, I was duped into staying up on the finals between Pittsburgh and Detroit. Despite all of the airtime, I can’t get into it. It’s impossible to see the puck. There are so many shots on goal without any scoring it reminds me of my college days picking up on chicks at the bar. Talk about a cock tease.


...Patch is getting a haircut on Friday. It’s a big point of contention in the house actually. I don’t think he needs it. He looks like a perfect mix between Ringo Starr and a well-frosted cupcake. I see no reason to put an end to that harmonious marriage. Let him be.


...Jericho and I have a man date scheduled for Friday the 13th. This is going to be epic. Details to follow in the coming days, but just know that if there is one thing we do right, it’s man dates. Suits are mandatory. Steaks are a given. And whisky is the drink of choice. I can’t wait. I’m going to powder my balls with the best talcum powder money can buy.


...The delay in announcing Pacman Jones’ return to the NFL is nothing more than creative public relations. The NFL has said Jones can workout with the Cowboys but they won’t make their final decision until September 5th…2 days before their season opener. Well played Commissioner Godell. Mark my words…Pacman gets a pick on opening day in Cleveland. Anyone wanna put money on it?


...I’m excited for the NBA final. There, I said it. If I was allowed to place bets online I’d put plenty on the Lake show getting 2.5 points tomorrow night on the road. A no-brainer in my opinion. And you should listen to me. I was pre-med.
Posted by Magglio at 10:17 PM

Email ThisBlogThis!Share to TwitterShare to FacebookShare to Pinterest
Labels: david when is johnny goner going live, kk thanks for the meg white tip thats incredible, whose house dawgs house

Hey wait a minute...
I do have a tee shirt of this dude for sure ! I know him !!!!
Now it's somewhere in my parent's house in South of France....
Toine

Sorry about not replying on your top 10 list. I was a little pissed that you dissed Marissa Miller. That chick is hot. You also forgot to include Adrianna Lima and Alessandra Ambrosio. Those chicks are incredible.

Nice touch with the Bill Simmons love. His last posts have been amazing.

terrible call on my part for the Lakers and the points. Thats why i'm not allowed to bet online anymore. lots of basketball left though. no way kobe lets this slip away.

Double or nothing on game 3, Maggs?