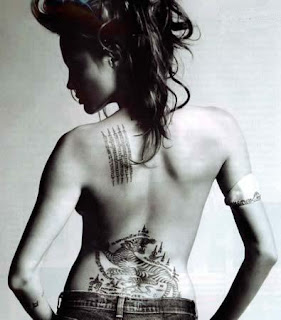 Was a little too busy to post predictions last week, but still wanted to do a quick recap and make a few observations on the box office as we wrap up June and head into July.

- Another Pixar movie, another metacritic score in the 90s, another $60+ opening. Just incredible. Pixar is kind of like Radiohead, they’ve been so good for so long that every time they put out an album you think, “Ok, maybe this is the one that will suck.” But it never happens; they hit everything out of the park. What's more, Pixar has officially entered the “Spielberg zone” – when you see a trailer for a movie, if it starts with something to the effect of, “from the mind of Steven Spielberg," you immediately know it’ll be good and want to see it. Think about the way Wall-E was marketed, no dialogue, no story really, just a cute little robot chirping around picking up garbage – and it still opens with $60+. What an amazing brand.

- Wanted opened with a massive, massive $51 – making back 2/3 of its $75 million budget on the first weekend and also registering: the 2nd biggest non #1 opening weekend of all time and the 7th highest opening for an R rated movie. Major numbers from a movie that no one really knew what to make of a few weeks back. Also, all the talk so far this summer has been about Iron Man and Indiana – but how about Morgan Freeman and Angelina Jolie? With Wanted as well as Dark Knight (Freeman, looking like a sure bet for $250+) and Fuck You Panda (Jolie, currently at $180 and holding strong) – they look like they’ll have the biggest summers for an actor and an actress, crazy, huh? Morgan Freeman has really had an amazing career; do you realize that Wanted and Dark Knight will be his 11th and 12th $100 million films? To put that in perspective, Murphy, Ford and Hanks, the three biggest stars in terms of overall domestic box office, have 13, 11 and 15 $100 million films respectively. In any list of top box office stars of all time, Freeman is right there – crazy.

A couple of things I’m wondering:
- Will Indy eventually top Iron Man for biggest movie of the summer? It looked definite a few weeks ago but Indy is slowing down
- Will Hancock be a bigger hit than Batman?
- Will Batman be the last movie of the summer to cross $150 million? Look at the release schedule post Dark Knight – pretty weak.
- Is Angelina a bigger overall star than Brad? I think the difference between them is pretty negligible, but the Oscar might push the debate in Angelina’s favor…

great pic. anyone else see wall*e? i thought it kinda blew.

There is no way Hancock will be a bigger hit than Dark Knight. No way.