6 things that are annoying me today 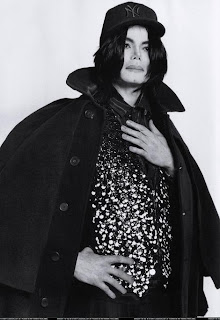 1. The fact that CNN is still referring to McCain and Obama as the “presumptive nominees.” What’s presumptive about it at this point? It's been 74 fucking years! Can we just call it already?! This is like telling your fiance that until you get married she’s your “presumptive wife.” Or eating a gigantic burrito and calling the stomach rumblings your “presumptive diarrhea.”

2. When companies or organizations purposely misspell words in order to make a witty acronym. KICK: Kids In Charge of Kalories. BAAC: Bloggers Against Asinine ‘Cronyms

3. Haylie Duff’s face. Haylie’s Duff’s voice. Haylie Duff’s Haylie Duff. I can’t stand the fact that Haylie Duff is the host of that show where actors are auditioning for the lead role in the Broadway version of Legally Blond. Haylie Duff giving a room full of actors advice on how to act is like Clay Aiken telling a bunch of frat guys what a vagina smells like. Or Michael Jackson reading a bedtime story to children with pants on. Or Patrick Dempsey giving John Mayer "sensitive" lessons. It goes on and on with this one...

4. The fact that Sienna Miller is currently dating a guy named Rhys Ifans when her last boyfriend was Matthew Rhys. First off, how do you say Rhys? Just spell your name Rizz, you fuck. And second, how weird is it to date someone with the same first name as your ex’s last name? That’s almost as weird as when Paris Hilton dated that guy named Paris which redefined narcissism as we know it.

5. The fact that Rick Reilly now writes for espn.com. Look, I like Reilly as much as the next guy, I mean after all, where else can you learn about a Russian gymnast with one leg who overcame being raped and abandoned to face the most challenging obstacle of all: wasted tears. With that said, and I don’t mean to sound callous here, but I’m eating! I have a fifteen-minute break, if I wanted to read about how hard it is to grow up in Russia I’d…actually, fuck that! Fuck you one-legged gymnast! Hop over here so I can bitch slap you, you fucking crooked bunghole!

6. My contacts. Man, contacts really make you wish that inanimate objects had feelings so you could really cut them down. Fuck you, contacts! You’re mama was a ziplock bag! I can see better out of my butt! Cuntacts! Not sure if any of those would work, but man, fuck these things.
Posted by Casey Lewis at 1:46 PM