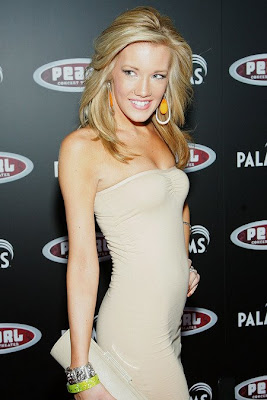 Apple
You know what’s going to be fun to watch? Chris Cooley gain 150lbs after he stops playing football. That dude always seems to be teetering on the brink of chubby. Now wait till he has nothing to do all day besides sit by the pool, stare at his wife and eat. I say this with full confidence knowing that if I was in my mid-30s, with a chunk of change in the bank, then I would put on some serious pounds. And so will Cooley. No doubt.


Moustache
My Blackberry’s battery strength is inexplicable like Fabio’s hair. I’m serious. I charge my Blackberry maybe once a week and the fucker never dies. This past week I actually wanted to see what would happen if I let it go so I did not charge it once. The battery bars turned from yellow to red, then half a bar filled red and started to blink, then no bars, then a green light started to flash. And then? That’s it. No seriously, it just stayed like that. I continued to get mail, continued to make phone calls, and the fucker never died. (said like Doc from Back to the Future) Unfounded! Outrageous! Totally tits! I am totally willing to offer up my Blackberry to NASA for testing.


Apple
Fuck Comcast. It seems to be a reoccurring theme in my life. Besides the fact that I’ve literally had the same conversation 10 times with 10 different people (…explaining that our account is on hold while we wait for our new apt to be ready. Yes, we still haven’t moved. No, I’m not thrilled about it. Yes, I am staying positive because that’s just who I am. No, I don’t technically have a ‘home’ right now and haven’t for the past 3 weeks. Yes, I do still manage fresh underwear every day. No, I never wear my wife’s panties. Yes, I’ve thought about it.) The latest cock suck move from Comcast is when they call you and ask you to hold for someone. Are you kidding me? Let me say it again. The phone rings, you answer, a recorded message comes on “Hi, this is Comcast, please hold for the next available representative. Hi, this is Comcast…” and on and on again. What a bunch of presumptuous twats. Last time, I waited 6 minutes until it disconnected me. You’re out of your mind if you think I picked up again when that automated number called back. Mother fuckers.


Moustache
I’ll admit it. The Mets are a better baseball team than the Giants. No reason to frown when dropping 3 of 4 at home to the Mets. They’re a better team. They hit better, they run better, they don’t pitch better, but the combination of the first two outweighs our superior pitching staff. Their fans still can suck a dick though. Am I wrong?


Apple
KK Update: That’s right, let’s check in on what A&M’s favorite intern/hustler/sensitive cuddle bear KK is up to. Well, he’s engaged and his wedding is tentatively planned for October, his AIM icon is of another man surfing, he had a turkey and lettuce wrap for a snack at 4pm, he just got a Facebook account last week (no we’re not friends yet), his 3 on 3 basketball team won a tournament last week and he teared up at the season finale of Grey’s Anatomy. Glad to see some things never change.

Email ThisBlogThis!Share to TwitterShare to FacebookShare to Pinterest
Labels: one day they'll have little cornerbacks who can't cover for shit, still hungover from b2b

I have never heard such horrible words in my life especially from you. That's like hearing from your parents that you are the ugly one, or the dumb one, or their least favorite.

My black and orange heart is bleeding tears of sadness.

Fuck the Mets. Fuck the fans and fuck every single player from their A-teams all the way up the ladder. Fuck all of it.

If Anonymous is who I think it is (*cough* BDiddy *cough*) you've done enough fucking of the Mets' A-team all the way up the ladder for everyone. Just sayin'.

I agree... Comcast sucks. I finally cancelled them after they came out 4 times to "fix" my modem, told me each time I needed a new one but NEVER brought a new one. We have AT&T now and it's MUCH better!