And The Nerds Came in Droves… 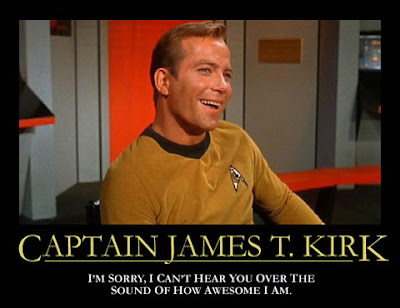 
- Star Trek is a tough one to predict. On one hand, does any one outside of the Trek fraternity really want to see a movie about the series’ origins? On the other, it’s big, it’s loud, it’s summer, it’s got the Leonardo DiCaprio of nerds J.J. Abrams at the helm – this could be one of those movies that tips the scales into the mainstream. Earlier in the week, I had the movie opening in the $50-60 range, but the reviews are through the roof, the buzz is strong, which I think will push this into the $70-80 slot. However, neither $55 nor $105 would surprise me with this one, so let’s call it $77 to be safe.


- I think Wolverine takes an absolutely meteoric drop – slipping 65% to $30 million. You figure that the audience for this one was pre-built and went on opening weekend – but the reviews aren’t good enough to pull in repeat viewers and or people not familiar with the franchise. Still though, with another $20 million this week, $30 or so over the weekend and about $80 so far overseas, the movie should be on target for right around $400m overall – plenty of dough to make a profit and ensure a horrible sequel (which would be a sequel to a prequel or presequel or if you will)

I don't understand all the hate. I love Star Trek.

I saw Star Trek at the IMAX yesterday.