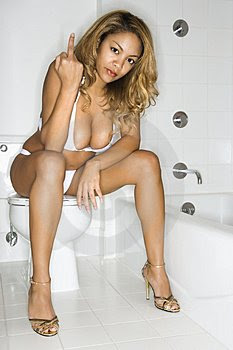 Five thoughts for today to keep the party going...

Thought One:
I’ve always felt that getting the shopping cart with the wonky wheel is good luck. However, getting shit on by a bird just plain sucks.


Thought Two:
This week’s “fuck off”, for those who we could give a fuck about….:

- John and Kate or any of their plus 8


Thought Four:
A great memory from Sunday’s Bay to Breakers….at about 12:30pm, when I finally found Jericho and was so happy that I broke into what can only be described as the tootsie-roll mixed with a late ‘90s butterfly dance move. I then noticed someone had joined my dance circle, population now 2, and looked up to find none other than Tahoe Santa matching me move for move. Truly one of the greatest moments of my life. I was passed out approximately 35 minutes later, FYI.


Thought Five:
I want to legally change Patch’s name to Mini Sirloin Burger. Is that wrong?

You know, I'm totally going to agree with you on the Bachelorette fuck off. I liked her on The Bachelor, but she sucked ass on Monday's show. She came off as snobby and boring.... Thank goodness some of the guys are hot.

The show is ruined! How could she not keep Stephen the Jew lawyer from New York on the show? In his words..."I guess she just doesn't like awesome!"