They Get Longer As You Go 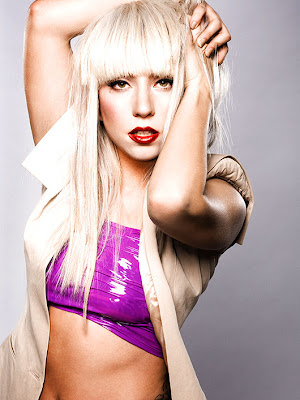 Homeless Jingles
Here’s a question, why do homeless people still jingle their change when you walk by, what else is in the cup? This is like a Greenpeace activist yelling "signatures," a 4yr old girl yelling "terrible lemonade," or a prostitute yelling "tattered vagina." We know what it is and what you want. You don't need to fucking advertise that shit.


Gaguilera
I feel very confident about the following statement: if Christina Aguilera spent three weeks doing heroin, living off the street and blowing flunkies and homeless guys she’d be Lady Gaga. However, I don’t know what the adverse of that would be; what would Lady Gaga need to do for three weeks before she turned into Christina? Shower with $10,000 soap and fuck a giant rat? Record an all-Spanish album to honor her Ecuadorian kindergarten teacher? I'm open to any and all suggestions on this one.


CD Reviews
How dumb are CD reviews? I think it was Bob Dylan who said that “writing about music is like dancing about architecture.” Now, I have no idea what that means, but because Dylan said it I will look eminently more intelligent by quoting it. Music is so subjective that the job of the music journalist should be to categorize or attempt to categorize, not to explain how the music should make you feel. Place the music in context (currently and historically), mention its influences, tell a few stories about the CD being made and that's it. Instead we get 2,000 word reviews like this where the reviewer uses the term “thrust-grunting” at least 5 times. I’m here to fix this. In addition to the background info above, each CD should be rated according to the following five-point system – the “reviewer” will check all that apply.

This CD makes me want to:
- Get really drunk with my friends
- Get really high and listen carefully
- Fuck the closest human next to me
- Pick a fight and win / lose (circle one)
- Sit in a room by myself and write nonsensical thoughts in a journal

Doesn’t that list tell you as much as you need to know about a new CD? Sure as shit tells you more than “thrust-grunting” – I mean, you can just check #3 for that. You're welcome.


Analogizing LeBron
For the past 3 months, every writer in America has struggled to make the right sports analogy for what we’re witnessing with LeBron right now. He’s Jordan. He’s Bird. He’s a cool Kobe. He’s Jordan and Magic in the same body. He’s Tiger Woods. He’s Tiger Woods, crossed with Jordan with a dusting of Tom Brady. All of these work and none of these work. What we’re watching transcends sports, so let’s make our hair look like a buttcheek and go Outside the Lines on this one. I think the best comparison for 2009 LeBron is a mid-nineties Jenna Jameson. Think about it, Jenna revolutionized everything, redefined an industry, was the most unstoppable force on the planet. Whether she was the star of the scene or just helping out in the background, you could never take your eyes off her, in other words, much like LeBron, she didn’t need the ball in her hands to make an impact. LeBron can play multiple positions, and play them better than anyone in recent memory, he can go big, go small, and offers a significant tactical advantage from every place on the floor. The most startling comparison is the fact that neither of them have / had reached their full potential at this point. LeBron’s game revolves around his otherworldly athleticism, he’s a specimen and doesn’t need a traditional basketball arsenal to score 40. Once he develops a low post game, similar to MJ and Kobe, he will literally be unstoppable, he might score 50 a game. With Jenna, she was so hot and so dirty she could just coast by on her natural talent. But in the late 90s when she developed that spitting blow job move that became her signature for the rest of her career, she officially earned the name “The Queen of Porn” and has been justly revered ever since. There's a lot of LeBron in Jenna. That’s not a title of an upcoming movie, it’s a fact.

Welcome back, Jericho. I missed your musk.

Caity, I want to be on you.