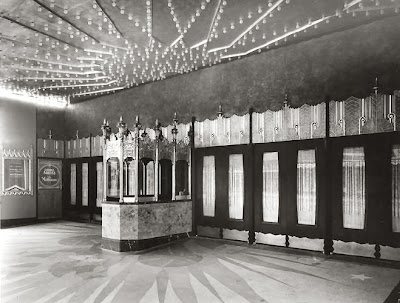 Here’s a week-by-week preview of the summer box office including US, International and total grosses. I’ve indicated in the total gross section which movies I think will crack the top 100 all time and where I think they’ll rank when all is said and done. I’m not including opening weekend, because I wouldn’t dare rob you of your cherished weekly Box Office predictions. I’ve listed my predicted top 5 at the bottom.

(Also, I’m not including Wolverine in the mix b/c I couldn’t get this done in time; I don’t think it’ll be in the top 5 for the summer anyway, so no harm no foul).

(Also, also, you'll notice that I'm only tracking all time worldwide status - don't worry, I'm not a communist or anything, I just like the big numbers).


A few thoughts:
- May has a chance to be the biggest month of all time with 6 major films opening in the same frame. The biggest month in history is July 2007 with more than $1.3 billion (the month saw Transformers, Harry Potter 5 and the Simpsons Movie open, with carry over from Ratatouille, Die Hard 4 and Knocked Up). Considering that 4 of my top 5 open in May, with other films like Terminator and Wolverine also dropping, May has a great shot at being the highest grossing ever.

Reading a Jericho post about movie predictions is a thing of beauty. It's like watching Ken Griffey Jr. swing a bat. (Griffey 10 years and 110 pounds ago). You just sit back and say "Damn."

Wait a minute, isn't Jericho the same guy who questioned whether Dark Knight would make more than Hancock about this time last year? How'd that work out for you, ass cake?

sweet. he called you an ass cake. count it.

I like the break down. Your passion for movies gives me a wicked case of sausage shorts.

How about we come up with an equation that factors gross sales x value of the dollar at the eclipse of it's time in the theater / the average price per ticket in the US at the time it was produced. This would calculate a real time figure that would equate every movie ever made equally on the gross box office scale. Call it the Box Office WHIP or BO-WHIP. Let me know your thoughts.

Actually, Tahoe, that already exists, check this out:

For the record, although I was right and Jericho was wrong with regard to Batman VS. Hancock last year...

"There is no way Hancock will be a bigger hit than Dark Knight. No way."

...I was not the anonymous ass cake thrower above. So, as far as I know, that person doesn't have my record of being prescient and is open to derisive rebuttals from the normally on-target Jericho.

I will, however, venture that Star Trek will make more money than Jericho predicts. Maybe more than Attack of the Clones?

I mean, I know that the last few Trek movies haven't earned all that much by today's blockbuster standards...but if this glossy new Star Trek loses to the least successful of the horrible George Lucas prequels, doesn't that end the Star Wars VS. Star Trek debate right there?

If you can't beat Attack of the Clones, Trekkies, you should really try to find some way to validate your existence...go develop a cure for cancer, start internet dating, or maybe accurately predict the summer's box office totals in your otherwise entertaining blog...something, Trekkies, something.

Let's calm down here, NonSeq - more than Attack of the Clones? That's a pretty tall order. Attack of the Clones pulled $650 worldwide, $310 here and $340 abroad. The reviews of Star Trek are through the roof, so I think it'll be able to attract non-Trekkies - but $310m worth? I'm dubious at best. Besides, that franchise has never played well overseas, whereas Star Wars is one of the strongest of all time. In fact, if you adjust for inflation, then all 6 Star Wars movies are in the top 85 all time (With Episodes #4-6 and #1 ranking 2, 12, 14 and 19 repsectively), while no movie in Star Trek franchise has ever passed $100m internationally. Love the enthusiasm, and maybe I'm short changing the movie, but Star Wars is not the right barometer.

I know, I know. I combed through the returns of all the Star Trek movies and they're not impressive.

All I'm saying is that the "Live Long and Prosper" crowd better sack up and see it three times each and force their girlfr...wait, what am I saying??

Yeah, they should all nut up and go six times.

The fact that the least successful of the abominable prequels made that much money is a disgrace.

Willingly I accept. In my opinion, it is actual, I will take part in discussion. Together we can come to a right answer. I am assured.