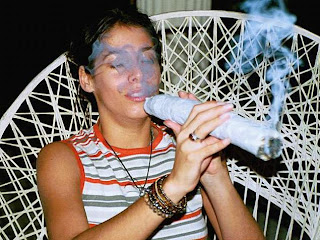 10 Thoughts on the biggest and best game of the year - by Magglio and Jericho.

1.
Wait, are we really supposed to take Matt Millen seriously? Are we just supposed to forget that he just shepherded the first 0-16 season in NFL history? This is a major violation of the Mark Wahlberg corollary – which is “wait a minute, I’m supposed to just forget that this guy was fucking Marky Mark and Funky Bunch and take him seriously as an actor? Um, no.” Anyway, shouldn’t NBC be required to have a little “worst GM in the history of life” graphic whenever Millen talks? Or at least “do not wager on anything this man says. EVER.”

2.
Why did Whisenhunt defer to start the game? Didn’t that seem really odd to everyone? You’ve got the hottest offense in the league, come out slanging! Take the ball, go no huddle and spread the ball all over the field, in other words, do what you do best, don’t wait to see what the other team is going to do. Let’s say you’re getting busy with a chick for the first time and your secret weapon is to “paint the fence” – the minute she pulls back her curtains you paint the fucking fence! You don’t twist a knuckle up there just to see how she’ll respond; you go big or you go home! It’s the Super Bowl! And yes, in the paint the fence scenario, Warner is the vagina, Fitz is the tongue and Edge is definitely the knuckle.

3.
The commercials as a whole were pretty forgetful. Have we really become a society that gets its kicks from slapstick crotch shots and talking animals? I guess so. Didn’t it seem like you’d seen every spot before a few Super Bowls back? I laughed out loud twice and twice only: 1) when the guy threw the snow globe to break the vending machine glass for Doritos’s, and 2) when the talking baby for e-trade broke into song…”take, these broken wings…”

4.
As close as they came, the Cardinals did not deserve to win that football game. Their tackling was atrocious and they had too many dumb penalties that just killed their momentum. I don’t care if the refs were calling it too tight, you can’t make boneheaded plays, i.e., run into Mitch Berger on a FG attempt, and win the game. Seriously, can you think of one tackle the Cardinals made? One good stop? It seemed like the yards after contact for the Steelers was gigantic. To have the lead with less than a minute left was not because the Cardinals were a better team, it’s because the Steelers couldn’t seal the deal.

5.
I officially hate the fucking Steelers. I tell you what; this game was so much more painful than I thought it was going to be. I’m a diehard Seahawks fan and watching the Steelers get every goddamn fucking call brought back all kinds of latent anger. I’m just lucky that NBC didn’t accidentally show Jerramy Stevens in the crowd or I probably would’ve jumped out the window.

6.
Watching someone who fucking murdered your fantasy team (Santonio Holmes) make one of the better catches in SB history (the Chris Carter-like tip toe in the corner) is akin to raping a small boy, having him grow up to be a famous musician and then having the huge role you played in his life be completely omitted from the Oscar-winning biopic. Fuck you, Santonio, I faked all my orgasms anyway.

7.
Jericho set the over/under at 5.5 for movie trailers occurring during the actual telecast. We reached 6 before the 2nd quarter started. Jesus. I can’t wait for the movie with Jack Black and Michael Cera. How much cooler is Seth Rogen than Jack Black by the way? Also, we saw Vicky Christina Barcelona this weekend. Wow. Put that in my top 5 movies of the year and top 5 fantasies I’d like to come true.

8.
The more the game went on, the drunker I got which means the less interested I was in the commercials. If I’m an advertiser I want my commercial at the very beginning. And while we’re at it fuck you Bruce Springsteen. No, forget Bruce Springsteen. Fuck the blowhards who thought it would be a good idea to have Bruce Springsteen play the Super Bowl. Can’t we have some current acts? Why wasn’t Kanye West playing with Daft Punk? Or Miley Cyrus dancing on a pole while Bret Michaels sang ‘Every Rose Has it’s Thorn’?

9.
So, tell me again why they didn’t review the last play? Oh yeah, now I remember, because it’s the biggest play in the biggest game of the year. Thanks, glad we cleared that up. Let’s say you and your girl are using a home pregnancy test – a cross means your life is over and a circle means your friends will still want to hang out with you – but the test shows an “X.” You say to yourself, “the fuck is an X? I don’t see an X listed anywhere.” And your girl says, “well, we’re pregnant, it’s over” and then walks out of the room and refuses to ever talk about it again. I mean, you get a second opinion on that, right?

10.
And in closing: Barack is the coolest guy on the planet. I’d still totally nail Faith Hill. Fuck people who bitch non-stop about referees. Tim Hightower will be a 2nd round pick next year. Fuck yeah to everyone who took the Cardinals and the points. Jennifer Hudson nailed the National Anthem, and the fact I noticed means either a) I’ve gone soft or b) she really did blow it outta the water. Does anyone watch Heroes anymore? Madden looks like he’s slimmed down and by slimmed down I mean swallowed a VW Jetta. Despite the last play, Dominique Rodgers Cromartie is a fucking stud. There was movement downtown when they showed Brenda Warner, just saying.
Posted by Casey Lewis at 2:54 PM

that picture is fucking sweet.

Our video is finally back up. Metcafe is for pussies, apparently.