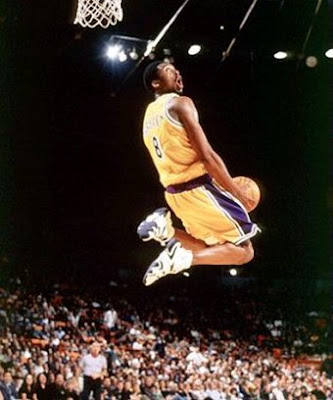 All I wanted to do was touch Kobe Bryant. Is that so weird? It’s not like I’m a huge Kobe fan or anything like that, but I thought it would be something I could keep with me my entire life. Something to brag about. Something to tell the kids someday. “This one time, I touched Kobe Bryant.” How many of you can say that? I’m guessing nobody can. Seen him play? Maybe. Own his jersey? Who gives a shit! Have you touched him?

The place I work, my place of service from 9 to 5, is in the heart of San Francisco. It is strategically located near the hotel where all visiting NBA teams stay when they face the fearsome Golden State Warriors. Sorry, let me reiterate. The fearsome 20-37 Golden State Warriors. Let that sit with you for a minute. Yeah. Now imagine how opposing teams feel. Trembling to say the least.

Even if you aren’t a diehard Warriors fan you can tell when there’s another team in town. The sidewalks near the hotel start to fill around 10am with hefty autograph seekers wedged into too tight NBA jerseys and holding the weirdest shit you’ve ever seen. Seriously. Last week I saw a guy who looked like Artie from the Howard Stern show wearing a 1977 Trailblazers Championship t-shirt and clutching a framed LaMarcus Aldridge jersey. Seriously. I can’t make this shit up. He was standing next to his small Asian friend, also decked out in Trailblazer gear, talking his ear off about Brandon Roy and the impact he’s made in the NBA. Now I can’t argue with him. Brandon Roy is a fucking animal on the court (Go Dawgs!) but who were these guys? It was like a group of shit stains from Boston came to hang out on our sidewalk and stalk opposing teams. Those fucks at KSK would fit right in.


As we’ve discussed previously, much to your surprise I’m sure, I am a working professional. I have a signature accompaning my outgoing emails, the receptionist orders pens specific to my liking and my chair is one of those super fancy ones with so many knobs and levers that I’m not quite sure how it works. But it looks pretty sweet. And you’d be totally impressed. The point of all this? At 4pm on a weekday I’m not going on hour 3 of standing in front of a hotel hoping to catch a whiff of Raef LaFrentz. No. I’m at work. Doing work like things. In Excel. And other Microsoft software applications. That’s where I am. Yes sir.

Until I hear the Lakers were coming to town. Then everything changed.

I did some scouting. Like Colin Farrell at Hooters, I knew what I was looking for. It seemed as though 4pm was the average time when a team would make the walk from the lobby of the hotel to the buses waiting outside. This is when players would encounter the rabid fans, the players with their ear buds in, pretending they barely noticed the throng of humans eager to get their attention. This is when I would have my chance.

It was a Wednesday I think. No, I’m sure it was a Wednesday. And when I tell the story to my grandchildren someday I’ll tell them it was 72 and balmy out with a slight southeast breeze. Truth be told it was 58 and grey out. I had positioned myself towards the back of the crowd which at this point was 25-30 strong. It looked like an ‘Everyone Loves Raymond’ fan club meeting. But I was there with a purpose. I was going to touch Kobe.

The anticipation was palpable. Everyone in the crowd was ready to see a Laker. A handful of assistant coaches came first and the amateur autograph seekers pounced. I scoffed. That’s like buying the first bottle of wine you taste when you go to Napa. (See how grown up I am?!) Luke Walton followed shortly thereafter. Some fat chick screamed. I rolled my eyes. Justin Farmar came out and there was an audible groan. It made me laugh. He’s a gigantic pussy.

Then came Kobe. Decked out in a warm up suit and dark aviator sunglasses. Fuck he’s smooth. The crowd enveloped Kobe like he was, well, Kobe. I had no shot. I truly didn’t expect the onslaught of people. What started as a crowd of 35 just a few minutes ago quickly grew to hundreds when Kobe appeared. Ok, maybe not hundreds, but enough that yours truly couldn’t get within 15 feet. I was flummoxed. I didn’t touch Kobe Bryant.

Kobe and the Lakers boarded the bus. Drove the 8 miles to Oakland. And proceeded to beat the Warriors by 8 but still covered the over winning 129-121.

Whatever. Fuck LA. At least I’ve peed in the same urinal as Dell Demps. And I shook Jim Abbott’s left hand once. How many of you can say that?

Email ThisBlogThis!Share to TwitterShare to FacebookShare to Pinterest
Labels: asu are a bunch of sissy ass bitches am i wrong, nice lasik

When I was a kid, I worked at a restuarant and Jeff Bagwell used to come in all the time with his wife and kids. One night, they left a bottle of baby food on the table, which I immediately snagged and keep in my fridge to this day. Is that weird?

i know which IHOP in La he likes to eat at, if you are ever in town that is.

you call yourself a sports fan? its JORDAN Farmar. even if he is a gigantic pussy he still went to a kick ass university and he at least deserves people getting his name right.
i'm sorry you didn't touch Kobe.