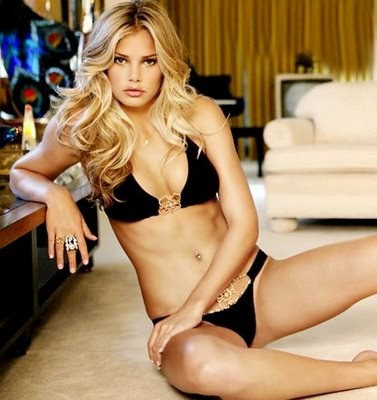 Saturday night I found myself at a bar out in Berkeley. Usually I don't travel outside of the city confines unless it's for:

a) food
b) a music event
c) the promise of ridiculousness

It was a birthday party for a friend so option C was still on the table. He is, however, a friend in a different social circle than me so I knew roughly 3% of the attendees at the party. Not a problem. I had my hella fine wife on my arm (translation: this bitch was banging) and I was wearing a sexy top. (Guys translation: A t-shirt.) My girl lost the obligatory paper-rock-scissors battle on the way over which meant daddy was going to be president of the giddy up bandwagon. (translation: Bring on the Maker’s and lots of it.)

We sashayed our way into the bar and quickly found the birthday boy. We did our obligatory man hugging, thanked him for inviting us and then wandered over to the bar. I was thirsty. Let's pause for a quick bar description:

1) Tons of stinky hippies, this is Berkeley remember

As I mentioned, I was thirsty, I didn't know anyone and I wasn't driving. All signs pointed to a small glass filled with ice, some Makers and a splash of Diet Coke. While I'm standing at the bar one of the CBF (Chubby But Friendly) waitresses came up to me.

"Yeah, that's cool I can just get one up here," I said motioning to the bartender who was about to take my order.

"Are you a part of the birthday party," she asked in a friendly tone.

"No problem, I can take your order and bring it back to you," she said, hungrily.

Great. This would be much easier. I could tell her what I wanted and wait for her to bring it to me. Like I was Lil Wayne in the VIP section getting some bubbly on ice. Except replace the VIP with a stink hole in the East Bay and the bubbly with a watered down whiskey. I told her what I wanted and returned to the dark corner of the bar the group had commandeered. My drink arrived and I quickly got into a competitive game of darts.

Side note: I spent an entire winter at college doing nothing but focusing on getting better at darts. This happened for 3 reasons:

1) I was convinced that with a little practice I could seriously consider going pro with my dart throwing skills. I was wrong

2) I lived in Seattle and winters are cold, dark and rainy. There's not much else to do.

3) I was incredibly stoned for, well, most of the winter. It made sense at the time. Despite my determination and 3 months of honing my pin point precision I barely improved. Darts is for bitches. There I said it.

And then? She disappeared. ("She" being the CBF Waitress. I realize this story is going in a number of directions but stay with me. There's a question at the end of this and I need your opinion.) Nothing. Gone like Keyzer Soze. Gone like Courtney Love’s music career. Gone like Marvin Harrison. I didn't see the CBF Waitress for another 30 minutes. I was parched, my charm was wearing thin and my dart play was severely suffering. And then, like Jesus himself descended upon the bar, there she was. In all her CBF glory.

"Can I get you something," she said in a chubby but friendly way.

So here's the question. Here's the 'choose your own adventure' portion of the program. What would you order? I figured I wouldn't see her again for another 30 minutes at least and I wanted to be prepared. I decided ultimately I had 2 options:

But either way I felt like an alcoholic so the real question is this;
which is the more socially accepted move? Ordering a double or ordering 2 drinks at a time?

Email ThisBlogThis!Share to TwitterShare to FacebookShare to Pinterest
Labels: is it friday yet

I think you go for the double. It's less agreesive at least when she returns with only 1 drink versus 2.

If you can order a double, order a double. (Legally you can't serve doubles in Mass, but plenty of places will do it) "Make it a double" has class. Asking for two drinks at a time makes you look desperate.

Order two drinks and request that they "crank up the Styx". Who cares if a bunch of stinky hippies are judging you.

Follow the CBF rules (sing song in yellow brick road tune).
1. If everyone around you looks like CBF you order TWO doubles. She will be so impressed she will rush her chubby fingers over to the bar to get her hands on your excessive sugary drinks, in hopes of also grazing by the community peanut dish.
2. If everyone around you looks like a CAF you order One double. The CAF is a classy lady, who takes pleasure in the more refined things in life.

Order the Double. An alcoholic would order two doubles and most likely had already ordered a double the first time. Mind you , you would have already been warmed up before that. If you have any questions on being warmed up your safe, if not you may need help.

Always bring a flask to a hippie bar.

If you forget this rule then go for two drinks. You are playing darts for Christ sakes, do you really care how you look at this point?

In a non hippie bar, order a double.

The More You Know...

Order 2 doubles and have your wife hold the second drink. She gave the blessing so she must assist in your undoing.