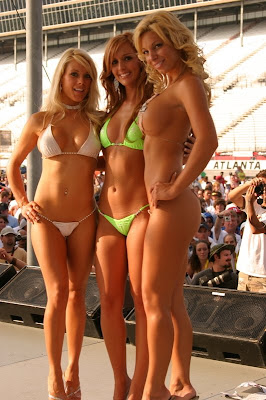 I broke the rules last night. And I need to repent. I need to alleviate this burden that is weighing me down so heavily. Truth of the matter is if I hadn’t been caught then I probably wouldn't have confessed. But that’s beside the point.

When we’re little and we screw up we have to say we’re sorry. When we’re a bit older we think of more creative ways to get around the fact that we’ve done wrong. But sometimes, just sometimes, our mistake jumps right out and dick slaps us in the face. And it stings.

Last night was a pivotal basketball game between UW and Cal. The Dawgs were a half game back from UCLA going into the game and Cal is only 2 games out. Now there are unspoken rules when it comes to wearing sports clothes. I even wrote about it once here. But last night I broke my own rules.

Without even thinking, I was wearing a Cal football sweatshirt. I know, I know, hang me from the rafters. Strike down upon me for I have sinned. (You can tell I’m not real religious because I’m not quite sure how those sayings go. But you get the jist. I’m the asshole.) It was an honest mistake; I packed my clothes for the gym which included a Cal sweatshirt.

Now a fair question is, “why do you even have Cal gear? Don’t you think they’re a bunch of stinky hippy fuckers?” Yes, yes I do. And don’t forget “long haired granola humpers.” It is inexcusable to have clothes from a rival Pac-10 team. This much I know. However my situation is unique. My brother was the equipment manager at Cal for his 4 years in school so he got so much free shit. I’m talking shorts, shirts, jerseys, everything. For the most part I turned down any and all offers of free Cal gear. I didn’t want it burning my soul and blackening my heart. But lo and behold a few items found their way into my closet. Like a pair of workout shorts and a lightweight sweatshirt. And based on my rules of sports clothes it is totally acceptable to wear ‘other’ teams if it’s a part of your workout attire.

I didn’t even notice my mistake until I had completely sold myself out. I had just got back from the gym (oh tuff guy!) and was watching the Dawgs completely shit the bed. They were up 6 when I turned it on and within minutes were down 4. I was on the phone with my brother, the conversation was mostly civil. We did have a bet on the game that the winner would get to kick the loser square in the nuts. (He now owes me one. Little bastard.) But in the course of the conversation Patch, my one eyed dog, was just being too adorable for words. So I thought I’d capture the moment with my iPhone and send it to my brother. (Let me stop you there. Yes, I am straight. And yes, I have a pair of testicles. I can't help it if my purse sized dog melts my heart. Does that make me less of a man?) Of course, what I failed to realize, is that in the picture I sent you could see that I was indeed wearing a Cal sweatshirt. On game day.

Here is the picture: 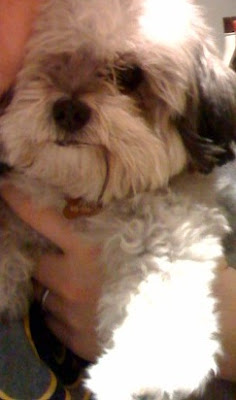 “Did you get the picture,” I said.

“What? Um. Nothing. I just got back from the gym.”

“Are you wearing a Cal sweatshirt," the little bastard asked.

“Dude, yes you are. So weak. Go Bears huh?” My brother taunted.

And like any good brother he called me back and continued to ridicule me for the next 15 minutes. I had nothing to say.

Forgive me my fellow Dawg fans. My heart still bleeds purple and gold.

Email ThisBlogThis!Share to TwitterShare to FacebookShare to Pinterest
Labels: portland may not be the real deal

"I can't help it if my purse sized dog melts my heart. Does that make me less of a man?"

Do you think when Patch graduates he will go to Cal or UDUB? I understand he has some test anxiety so the SAT's may be ruff. I suggest his application essay focus on the hardships in his life... no not his one eye but rather his family and extended family.

Great picture. Love the scar on the tit of the one on the far right.