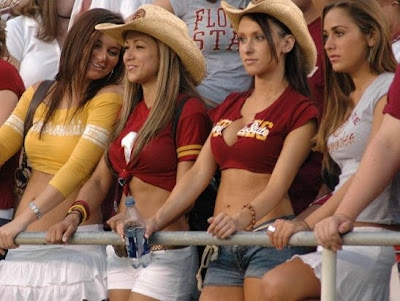 Last week I was driving back from a meeting in the East Bay. I was listening to KNBR 680 ‘THE Sports Leader.” They were talking some sort of madness about Corey Maggette being the reason why the Warriors will be a serious Western Conference contender this year. You have to love local sports talk radio. But that’s not why I’m writing. I’m writing because during the commercial break they had a “special prize pack giveaway” to caller number 9. Having nothing else to do (besides drive), and using my handsfree device (because I’m a rule follower people!) I called in. Lo and behold Magglio was the lucky caller number 9. And what did I win for my deft ability to time a switchboard? Two tickets to see the Packers face the Niners in San Francisco. (pause for excitement). This Saturday. (Pause for disappointment because it’s a preseason game.) In the upper deck. (Pause for anger. How does a radio station give away upper deck seats. And at a pre-season game nonetheless.)

So – besides the fact that these tickets all around sucked more than Taylor Swift’s music interlude during the Olympics last night – I already had plans this Saturday. (more on that later in the week.) So I did what I normally would do in this situation. I opened them up to the community at-large; Craigslist.


Here was the posting:

I have 2 tickets to the Niners vs Packers on Saturday August 16th.
I cant make it
Seats are Section UR04, Row 07

These are free to a good home.
Tell me why you want them


And here are some actual responses:

*********
Hi!
I'm a giant Favre fan, I will go there to scream and boo rodgers and mcCarthy, and hopefully Ted Thompson (pregame) as well. A lifelong fan and owner, I hate Ted for what he has done.
Thanks for considering me! I will pick up wherever you need me to be.Go Pack! Kelly

Dear Kelly – These tickets were all yours until you said you'd boo Aaron Rodgers. He's a local guy, a Pac-10 guy and we in the bay area support him whole heartedly. I understand what you say about Thompson and McCarthy, but this is not Rodgers' fault. I'm sorry, I cannot give my tickets to somebody who will be booing Aaron Rodgers. Go Niners. Go Pac-10.

Hi there, I will have them. Let me know your contacts. -Vik

Vik – I just recently switched to glasses. And only for distance. Or driving. So I don’t really wear them enough to warrant contacts. But as soon as I get some contacts I’d be happy to introduce you guys. -Mags

*****************
Hello. I saw your ad on craigslist and was wondering if the two tickets are available for the game. I would love to attend due to the fact that I have only been to one 49er game in my whole life. The other reason is that I am in college which means I have a very limited budget these days and I wouldn't of had a chance at going to a 49er game without the help of fans like yourself who would be willing to give away two tickets. I am hoping to attend the game with a friend of mine who is also an avid fan of the niners. Please consider me for the pair of tickets to the Green Bay vs 49ers game and I would be more than willing to meet to pick them up today if need be. Thanks in advance and I look forward to your reply. Greg

Greg – It’s painfully obvious you are a scalper. Fuck off. Magglio

hey there,
i would love, love, love, love, love your tickets to the niner game this weekend!! i'm a huge 49er fan and I think aaron rodgers is totally hot. he was a few years ahead of me at cal.
also totally hot -> my girlfriend and I. we can send u pix in exchange for the tickets?

Oh my god I laughed so hard at the contacts reply!! So who did the tickets end up going to????