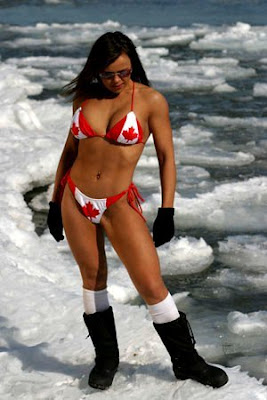 1. Drafted 6 running backs to my fantasy team who aren’t starters on their own teams. Witness; Maurice Jones-Drew, Darren McFadden, Matt Forte, Andre Hall, Chris Perry and Brandon Jackson. What was I thinking?


2. Sat next to a knowledgable Tranny at the DMV as I waited for over 2 hours just to change the address on my car. This man bitch knew so much about San Francisco including “where to get free energy drinks” (union square every Wednesday around 1pm), “how to stop neighborhood cats from scratching on your tires (pour salt around the edges)” and, not surprisingly, where to find the best/sketchiest Vietnamese food. (Tu Lan on 6th and Market)…but you probably knew that already.


3. Got my picture taken with the Blue Jays’ mascot, got laughed at by a group of 8 year olds, then asked to leave after I told one of them they were gay.


5. Ate the best (and most expensive) meal of my life at The French Laundry. Seven courses, with wine pairings and a 20-year Tawny Port to finish. God Bless America.


9. Party in Vegas till 7am. Wake up an hour later and got it started all over again. Sometimes I surprise even myself.

I liked definately maybe- 3 hot womaen starred with Ryan Reynolds and the chubby kid. Forget the story, lose yourself in the visuals. P.S. Remeber what (or who) Ryan gets to do in his free time.

Abigail Breslin is not chubby! She's a kid for god's sake! On another note, why didn't your list include watching the season premiere of The Hills???

My name is Charles Wood. I am working under contract with an online gaming/betting site assisting their advertising department. I read your blog and would like to advertise with it. If you're interested contact me at your earliest opportunity.

Maurice Jones-Drew isn't a starter? Fuck. And now he might be hurt? FUUUUUUUUCK. Why don't I read A&M before my draft? Oh well, no one has ever accused me of being the brightest bunny in the forest, just one lucky bitch.