Best Actor Do Over (Part II) 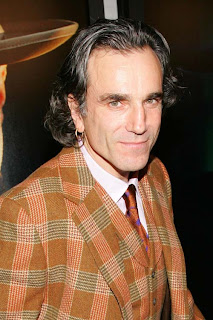 Once again, the Academy plays the political game and doesn’t reward the best performance. The voters were split between Crowe and Spacey in 1999, deciding on Spacey at the last minute but kicking themselves the whole time. So Gladiator comes out and it’s fucking awesome and he’s fucking awesome and the Academy thinks “damn it! Crowe is the real deal, we really fucked up last year – let’s just give him this one and call it even.” Obviously this logic is crazy, crazy fucked because it totally overlooks the best performance of the year: Ed Harris in Pollock. Crowe is awesome in Gladiator no doubt, but Harris is a revelation in Pollock, tortured, brilliant, endearing, appalling, a really fantastic performance.

Ah, so now the Academy’s lack of foresight has completely come full circle. So they wanted to give Crowe the Oscar for the Insider but didn’t, regretted that decision so threw him a conciliation Oscar for Gladiator, and then are caught with their pants down a year later when he gives the performance of his fucking life in A Beautiful Mind. Holy shit is he good in this movie. Not only that, but this is the absolute definition of an Oscar worthy role – he’s crazy, brilliant, delusional, there’s even a “thirty years later” scene where he wears heavy make up! The Academy fucking loves heavy make up! Man, they really kicked themselves in the ass with this one.

(And I know what you’re thinking, what about Denzel? Is this really the best Denzel performance? No fucking chance. Besides if I was completely redoing this thing, and not just starting from 1993 – I’d go back to 1992, take Pacino’s Oscar for Scent of a Woman and give it to its rightful owner, Denzel for Malcolm X. So there)

A Polish pianist (Oscar!) uses his music (Oscar!) to raise the spirits (Oscar!) of the oppressed Residents (Oscar!) in the Polish ghetto (Oscar!). In one touching scene, he’s about to be executed by the Nazi guard (Oscar!) but starts playing the piano (Oscar!) and the guard is reduced to tears (Oscar!) and lets him live (Oscar!). Nothing against Brody, who is fantastic in this movie, but don’t you think the Academy was swayed a little by the role and not the performance? What’s more, the year previously they gave the award to Denzel for playing a ruthless, vile bad guy, did they want to do that again by giving the statue to Day-Lewis for his sadistic Bill the Butcher? Well, they should have. It’s been five years, which performance do you remember more? Exactly.

(And no, this doesn’t mean I’m redistributing Day-Lewis’ Oscar this year for There Will Be Blood – the guy is the fucking best, If Neeson wasn’t so good in Schindler’s I would’ve given Day-Lewis the Oscar that year for In The Name of The Father too, which is four, what year did Last of the Mohicans come out? Fuck it, give him that one too.)

Sean Penn won this competition handily in 2003, and he wins again handily here. I do love Murray’s performance and think it might be the pinnacle of his career, Groundhog’s Day notwithstanding, but he can’t touch Penn. He actually can’t come within a mile of Penn, the best performance of the decade by someone not named Day-Lewis.

(Also, can someone please explain to me why people consider Jude Law to be a great actor? He’s average at best. Have you seen Cold Mountain? You know what separates average actors from good actors and good actors from great actors? The ability to think without looking like you’re thinking. With Hanks you can always tell his character is thinking, with Jude you can always tell that Jude is thinking about what the character must be thinking. Does that make sense? In Cold Mountain, Jude’s face basically says “what does sad look like in the mountains?” for a solid two hours. Jude was great in Ripley, but in retrospect, doesn’t that seem like it was mostly Jude just being Jude?)

Wow. Huge year. 5 legitimate studs, 5 fucking awesome performances. I’m tempted to go DiCaprio or Cheadle here, because I love them both and they both give their best performances so far, but I don’t think anyone can top Jamie Foxx.

Did Win: Hoffman
Should Win: Phoenix

WOW! Now this is a massive, massive year with five fantastic performances, including three for the records books with Heath, Hoffman and Joaquin. Considering that this year also had Viggo in History of Violence, Ralph Fiennes in The Constant Gardener and Eric Bana in Munich, the argument could be made that this was the strongest year for male lead performances in the last 50 years and maybe ever. With that said, I’m going against the grain here a little by taking the Oscar away from Hoffman (who is lights fucking out fantastic) and giving the award to Phoenix, b/c I think his role has aged a bit better and ultimately was just more of a physical achievement. (BTW, if I write this column tomorrow I may give it to Heath, and a few days later change my mind again and give it to Viggo or Bana – 2005 is just that good).

The strongest year for male leads is followed by one of the weakest. Honestly, there isn’t a really memorable performance on this list. Whitaker gives the best here, but to be honest, doesn’t even give the best performance in his own movie, so I’m really going against the grain here and giving the award to Forest’s co-star in the Last King of Scotland, James McAvoy. I like Forest, everyone likes Forest, and he finally found a role where his lazy eye could be used as a plot device, but I can’t get past the fact that this feels more like a lifetime achievement award than a recognition of excellence. Besides, McAvoy absolutely carries that movie from the first shot to the last, conveying more hope, intelligence and terror on his face than most actors (I’m speaking to you Mr. Law) do in a lifetime. Fantastic performance.

Fun year, four of the best actors up against one of the best ever. Sorry gang, but there’s a reason people don’t like playing Michael Jordan, tackling Barry Sanders or trying to out-cunt Catherine Zeta Jones.
Posted by Casey Lewis at 12:46 PM

Lost in Translation was horrible. Almost as bad as Sideways which is saying something. Let's make a list of the worst movies that people think are actually good.

Djimon Hounsou was fantastic in Blood Diamond. He stole the movie and should have won an Oscar.