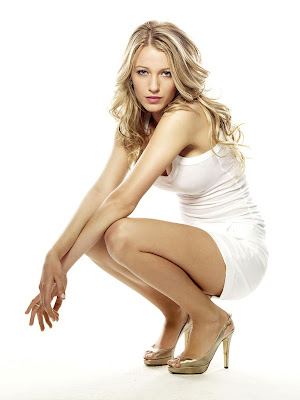 I’m sitting at the airport in . At the tail end of my east coast trip. Business travel is always so glamorous when it starts…expense account…away from the office…room service. And then the reality of being on the road hits…living out of a suitcase…having to work 16 hour days…crappy hotel shampoo. I’m so happy to be headed home.

I was thinking I should compile thoughts about my 5 days in . But then I realized my view of consisted mainly of my hotel room, the studio we worked at and a random restaurant. So I have no observations on that would be of any value. To anyone. Then I thought, maybe I should make some observations about my 5 days in . But then my chicken caesar salad arrived, on a paper plate with soggy lettuce and what was definitely NOT chicken. That’s when I came up with a whole new idea.

A look at the food options in the Atlanta Airport Terminal A. I wandered around this shit hole of an eatery for 15 minutes. Back and forth unable to find anything of any resemblance to food. Let’s observe:

AeroChina Wok:
I’m serious. They named it AeroChina Wok. The ‘Aero’ part of it I’m figuring is because we’re in an airport. See what they did there? Clever huh? This place is essentially like any Panda Express but style. Sure, they’ve got sketchy chow mein and neon red house chicken. But they also have fried chicken, a vat of mashed potatoes and lays potato chips. What the fuck? Look, I can do sketchy Chinese, don’t get me wrong. But when the sign says ‘Southern Chinese Express’ and all the people working there are white, I pass. It’s just a rule I have.

Don’t be fooled by the name on the sign. Or the fact that you can sit at a table with a toothless waitress serving you. The menu has pictures on it and when you review what they’re serving, you realize there’s no actual kitchen back there. There’s no real ‘making’ going on. Hot Dogs, Ham Sandwich, Nachos, Chili, Popcorn (what the fuck?!) and Beef Barley soup. Yes, there is a burger. But from where I’m sitting all I can see is a few microwaves and a hand written sign in the kitchen that reads “plese wash hands”. Wow.

Finally. A wrap. Like Mexican food. I like Mexican food. I could get something basic, with chicken and some cheese. Nothing fancy. Easy right? Nope. Wrap-it-up had the most fucked up ideas for what to put in a wrap. Fried fish. Breaded chicken in a marinara sauce. Cole slaw. I shit you not. They were wrapping cole slaw in a fucking tortilla. Where are we? ?

Dunken Donughts doesn’t serve food. Just donughts. And I don’t eat donughts. See? I don’t even know how to spell the word donughts correctly. Trust me, I got plenty other ways to eat unhealthy without wasting my time on donughts.

I’ve been to enough Chili’s To-Go restaurants in airports to get the concept here. It’s all quick, fried, trashy food. Sure, it’s got the same anonymous framed black & white photos on the wall of some asshole holding a fishing pole in front of his 1950-something Chevy truck. And the tables are always sticky. But that’s it. Any resemblance to the actual Chili’s you and I know and love should be left behind. I saw the sign and quickly moved on.

See how this goes? It just gets worse and worse doesn’t it? I’ll tell you this, I picked up 3 magazines at the news stand for the flight. GQ London Edition, Vanity Fair and Men’s Vogue. Let me give you this disclaimer first. Yes, I like fashion. And yes, I am a magazine junky. But I had already read this month’s Time, Newsweek, Weekly, Fantasy Football Index, Rolling Stone and Spin. Fuck, I hate Spin magazine. It tricks me every time. Oooh, look Death Cab is on the cover. Let’s read a page and a half of terrible writing about Death Cab surrounded by diarrhea writing about fuck all else. Shit. and I should write for SPIN. They could use a few monthly Apples and Moustaches. Can anyone out there get us a meeting?

Hot Dogs are surprisingly big in . Not sure why. But at this particular stand there was one option. Hot Dogs. Of course, you could get it topped with anything you can imagine; cheese, onions, chili, spicy mustard and cole slaw. Yep, cole slaw. Bet those fucks down at Wrap-it-up got their ideas after a lunch break at the ol’Hot Dog Express.

Sushi at an airport? That’s about as smart as taking a deuce at JFK. Everyone knows that rule. You don’t crap at JFK. It just doesn’t happen. You can hold it. Or sneak into one of those executive lounges or something. But never, under any circumstance, should you take a shit at . Trust me. Have I ever been wrong?

Enough about the food. I could probably do well with skipping a few meals after this trip. All I know is this. I’m a little more than 6 hours away from seeing my wife and my dog and I couldn’t be more excited.

P.S. I got Giants tickets for Saturday. Lincecum vs. Webb. Sucka bitches.

dude, my computer ate my original comment. which proves i am so not cool or even moderately cool. or even tepid.

anyway, you guys are fucking hilarious.