Best Actor Do Over (Part I) 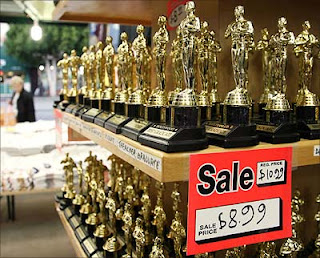 Best Acting Oscar Do Over Part I

I caught a few minutes of Saving Private Ryan the other day and was thinking to myself, “this is by far and away Tom Hanks’ best performance.” Yes, he was fantastic in Forrest Gump, Apollo 13, Big, Cast Away and Philadelphia (look at the fucking list! What a career this guy has had – incredible), but nothing can compare to SPR. In fact, I’d go as far as to say that the scene after Giovanni Ribisi is killed and Hanks sneaks off to cry in that ravine is the best acted moment of all time (see, this is why it’s fun to have a blog – you can make bold, somewhat unfounded statements that are given some sense of validity b/c it’s in print and you idiots read it. Anyway…). Hanks didn’t win an Oscar for that role, the weird Italian dude that basically raped 16 people on the way to the podium won for Life Is Beautiful (do you ever notice how being European provides you a total get out of jail free card in the US? “He’s not an asshole, he’s just French.” “Well, my landlord probably shouldn’t take a dump in my mailbox, but what can you do? He’s Polish.” If we tried to pull that shit over there we get our asses kicked, but over here it’s a “cultural difference.” Crazy.)

Now, let’s take nothing away from the groping Italian, great performance in a great movie, but better than Tom in SPR? No fucking chance. I don’t think many people would argue that point, so why didn’t Tom take it home? Three reasons:

1) The Oscars aren’t scientific – people are asked to measure something that can’t really be measured – the wisdom of crowds plays in here and momentum and buzz can definitely swing the vote in someone’s favor
2) Great artists inevitably end up competing mostly with themselves – Hanks had already won twice, so regardless of how good he was in SPR, are they really ready to make him a three-time winner?
3) Extension of point 2, the Oscars are highly political and the best person doesn’t always win. Case in point, Hanks won the Oscar in 1993 for Philadelphia when Liam Neeson was far, far, far superior in Schindler’s List. However, Hanks was an industry favorite who’d been around forever and stretched his range considerably with Philadelphia; that equals an Oscar nine times out of ten, regardless of merit. This gets the Oscars into trouble sometimes though, flash forward to 1998, Hanks should’ve won for SPR, but they can’t give it to him b/c they already gave him one five years ago for a lesser role. And round and round and round it goes…

With that said, let’s take a look back at every best acting Oscar from the last 15 years (starting in 1993 and moving forward), take the politics out of it and redistribute the Oscars accordingly.


1993
Nominees:
Daniel Day-Lewis -- In the Name of the Father
Laurence Fishburne -- What's Love Got to Do with It
Tom Hanks -- Philadelphia
Anthony Hopkins -- The Remains of the Day
Liam Neeson -- Schindler's List

Liam in a landslide. When was the last time you watched Schindler’s List? I own this movie and try to throw it in once a year or so, an incredible experience from start to finish that is absolutely carried by Liam. Lots of good performances on this list including the aforementioned Hanks who is absolutely fantastic, but no one can top Liam this year.

(Also, side note, let’s take Hopkins off the list (when he was in his prime Lecter, “nominate me or I’ll fucking eat your face bones” phase and give Bill Murray in Groundhog’s Day the final nomination. Thanks)

Crazy, crazy year, with three of the most rewatchable movie of all time - Pulp, Shawshank and Forrest - all up for best pic (little did TBS know how much cash they’d one day make from the 1994 movie year). My heart pulls a little to Freeman, whose performance gets better and better as the years go on, but Hanks rightfully wins this one. A perfect movie for Hanks to win his first Oscar – has an actor in history ever been able to move back and forth between comedy and drama as well as him? This performance is the absolute apex of that.

I can’t stand Cage’s head and am tempted to give this to Penn, but I know how much better he was in Mystic River so am fine waiting a few years and besides, Cage really does knock this role out of the park. I’m always wary of roles that scream “Oscar!” – b/c I think the Academy has a tendency to reward the role over the performance sometimes (this peaked in 1999 when Hilary Swank won for Boys Don’t Cry over the far superior Annette Bening in American Beauty) – however, Cage is worthy here, eliciting empathy and disdain in equal measure.

(Also, side tangent, Mr. Holland’s Opus is one of the dumbest movies of all time – I hate, hate, HATE this movie. I can’t believe Dreyfuss got nominated for this cheesy pile of drool. Really? He’s better than Hanks in Apollo 13? Better than Morgan Freeman in Seven? Better than Denzel in Crimson Tide? Better than Pacino or De Niro in Heat? Or De Niro again in Casino? What a fucking stupid nomination.)

Strange year, strange films, none of them particularly memorable, good performances on this list but nothing earth shattering. I still think Rush should win even though his performance is more of a supporting role.

Now this is a powerhouse year; 4 legends and 1 upstart who has since proven to be one of the best in his generation. As great as Jack was in this movie and in every movie for that matter, this performance hasn’t aged as well as it should have. Parts of the movie seem a bit contrived and the chemistry between him and Hunt falls flat at times. On the other side, you have Duvall, who gives one of the most electric, intense, complicated performances in the last 15 years. Dark, driven, manic, he’s off his fucking ass in this movie.

Now, with everything I’ve said about Hanks you’d think this would’ve been an easy call, but its actually one of the more difficult due to the absolute brilliance of Norton in American History X. An absolute transformation, it’s one of those performances that are so good it forever changes the way you look at the actor, once someone has scared you that much, like Hopkins in Lambs, a piece of that role always stays with you – do you know what I mean? Anyway, Norton is fucking fantastic and Benigni, even though he proved to be an annoying little homunculus after he won, is devastating in Life, but Hanks is just too good in Ryan. He deservingly gets his second Oscar.

This is another tough one, I didn’t like the Insider when I saw it for the first time, but caught it again recently and was totally blown away by how brilliant Crowe is in this movie. He’s such a fucking dickwad that we forget how ridiculously talented he is, and he’s lights out here. Penn is also incredible in Lowdown, a criminally underrated performance in a criminally underrated movie. However, we’ve got career-defining performances for these two gentlemen coming up in a few years, so I’m comfortable skipping them here. Spacey is brilliant in American Beauty, another movie that has aged fantastically well. I tend to undervalue his performance in this movie sometimes b/c I really feel that Annette Bening is the heart and soul of the film and the fact that she didn’t win (losing to Swank as I mentioned above) somehow rubbed off on my appraisal of Spacey’s performance (does this make sense or do I need help?) Anyway, Spacey is picture perfect in this movie – honestly he doesn’t even need to appear on screen, his narration is so good and tells you so much about the character that he’d win the Oscar just for that.

Coming Tomorrow: Part II
Posted by Casey Lewis at 8:11 AM