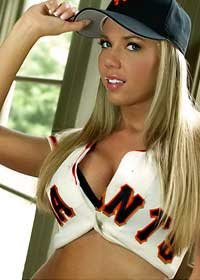 1) It may have taken us over a year but we finally figured out how to get our site up and running on applesandmoustaches.com. You will no longer have to type in blogspot…it redirects automatically. (Ah, technology. Can’t live with it. Can’t be pervy on Facebook and get away with it anymore.) So tell your friends. It’s much easier now. Just tell them to visit applesandmoustaches.com. Not “mustaches” but “moustaches.” Technically it can be spelled both ways. But only “moustaches” gets you to our site.


2) Here at Apples & Moustaches we’ve just celebrated our 1-year anniversary. Holy shit. Can you believe it? We’ve been talking hogwash and nonsense for over a year now. I think the date was like June 3rd or something. Technically this blog was my idea. But the name of it was Jericho’s idea. Oh yeah, it was also Jericho’s idea to come up with fake names. But it was my idea to make them sound Peruvian drug lords. So there you have it. Happy Anniversary to us.


3) Has our pipe dream actually come true? Tim Lincecum inches closer to being named the starter for the NL in this year’s All-Star game. If you’re an avid reader you know we’ve been lobbying for this for months now. And now Lincecum stands atop the NL with a 10-1 record and leads the league in strikeouts with 122. His cover of SI this week gave him even more national exposure. (As I told a friend last night, I’ve humped the cover of my SI so many times already my balls have paper cuts.) The teams are announced Sunday. He’s a lock to make the squad. When are the starting pitchers announced? And when can we start our Lincecum for Cy Young campaign? Too soon?

***special thanks to tellhimfred.com for the pic. great find.

Email ThisBlogThis!Share to TwitterShare to FacebookShare to Pinterest
Labels: happy 4th of july

Allstar starter, then the Cy Young and then, obviously best actor 2008.

Happy Man-niversary Apples and Moustaches! You guys are still my favorite blog.