Sitting on a Plush Pleather Throne 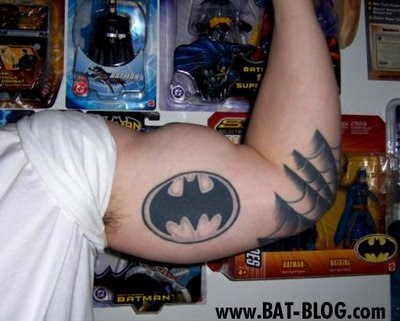 First things first. The decision to have Ben Sheets start over Tim Lincecum tonight in the All-Star game was not a decision made by the coach of the NL squad Clint Hurdle. It was a decision already made by Bruce Bochy and the Giants. The Giants shifted their rotation in order to get one more start out of Lincecum before the break. This fell on Sunday…2 days ago. Hurdle has been advised by the Giants to only use Lincecum in an emergency or for 1 inning at the most. Starting was not an option. So, I think collectively we should all feel good about the effort we put forth to get Timmy as the starter. Ultimately it was more about benefiting the Giants (15 games below .500!) than the NL team tonight. Regardless I hope the NL royally butt fucks the AL. “But Josh Hamilton, he’s such a good story….” Boo-hoo. So the guy got hooked on crack and then snapped out of it. This isn’t Jim Abbott for fuck’s sake. He should be succeeding right now.


I’m sorry. I’m bitter. This morning I sprinted to catch the bus and the fucking bus driver closed the doors on me right as I got there. I looked at him searching for some sort of response and all I got was a shake of his big fat, stupid goateed head. The bus pulled off, I waited another 7 minutes and I spent the entire time thinking about what retribution I wished upon said fat-faced bus driver. Did I want someone to take a bat to his shins when he was walking to his car? No, too much. Did I want him to be struck down with the worst case of hemorrhoids so he couldn’t sit on his plush pleather pseudo throne? Yeah. That’s about it. Fuck you bus driver.


I got my fantasy football magazine on Sunday. What a great feeling. We’re about 2 weeks away from training camp beginning and 4 weeks away from my fantasy draft. Hard Knocks on HBO is about to ramp up and the Brett Favre drama, though I can’t stand him, is actually pretty entertaining. In my opinion, we’re on the brink of the very best time of the year.


Don’t worry about Jericho not posting last week. He’s been secluding himself in his basement wearing only his Batman tighty whiteys in anticipation of this Friday’s release. You think I’m joking? This is the guy who has a tattoo of the Batman symbol on his lower stomach in the same location drunk 18-year-old spring break chicks get a butterfly design. He’s pretty amped up to say the least. Have no fear. He’ll be back with his fearless box office predictions by the end of this week. I promise.


I on the other hand am about to embark on a 2 week whirlwind tour. Ok, it’s not as cool as it sounds. I’m taking the red eye to NYC tonight and then flying to Atlanta on Sunday for the following week. I checked the weather last night in both NYC and Atlanta. Gross. Sticky. Humid. Like being inside the thighs of my high school girlfriend.
Posted by Magglio at 9:50 AM

Email ThisBlogThis!Share to TwitterShare to FacebookShare to Pinterest
Labels: hanley ramierez will win the mvp tonight

I'm proud of you Magglio. You let you're absurd Giants bias aside and finally included something nice about an Angel.

Jim Abbott was the man!