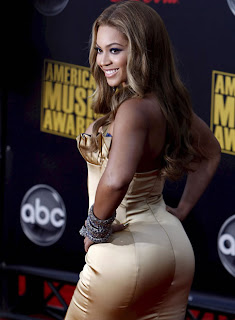 You know who’s a totally underrated hot chick? Lynne Spears, Britney’s Mom. That’s an old-school slut right there. She’d suck you off so hard your car would start.

Like a lot of you, Magglio has really been struggling emotionally with his attraction to Sarah Palin. He wants to kill her and do her in equal measure. Here’s my two cents: you can separate the “hot” from the “chick” – it’s okay to be attracted to someone completely loathsome, after all, you can hate a bitch, but you can’t hate a tit.

After taking an unintentional break from Jack White the last few weeks, I finally realized the error of my ways and threw on Consolers of the Lonely this afternoon. Let me put it this way, say you've been on a desert island for 6 months and get rescued - your first drink of water is Dave Matthews, your first bite of food is Radiohead, but your first piece of pussy is Jack White. The water and food is just pure rejoicing, but you get nervous when the pussy comes out, but totally excited at the same time. If anyone can sum Jack up better than that you have my gratitude.

Here’s a question, is Beyonce’s “I am Sasha Fierce” album the first concept album to not have a concept? Can someone please explain the difference between Sasha and Beyonce?

I think if you had a roto draft for the current SNL players it would go like this:

My draft strategy? I pony up for Samberg (purely based on viral appeal), then do everything I can to grab Hader (the most underrated cast member in my opinion) and Moynihan (a rising star) in the later rounds. I’d feel pretty good about trotting out a Hader – Samberg – Moynihan lineup.
Posted by Casey Lewis at 1:43 PM

My man crush grows. this post is fucking fantastic.

With regards to Beyonce, the real question is not does she know what a dork she is...its does jay z know what a dork she is? When she comes out like 'jigga, i am now sasha fierce, and I’m gonna wear outfits without pants even though i look like a fat 3rd grader in them”…what does Jay Z do? Does he say ‘cool’ then laugh behind her back? Or does he actually think she’s cool?

For my SNL draft, I sell the farm to get Kristen Wiig, by far the best on the show. I then spend my pennies on Fred Armisan (he’s got great timing) and Kennan Thompson and hope he can live up to his potential.

If you are trying to play to your black readers with the Kennan Thompson pick, I have some news for you:

You have no black readers.

no clear cut #1 so trade 1st rd for future picks.
Get myers/thompson in 2nd/3rd.
- myers only does wknd update which is top 2-3 skit each show. So you have strong middle relief.
- Thompson is token black guy so is in almost every skit (just did plax). Like ichiro. No extra bases but a ton of slap singles.

Then save top pick for next year.