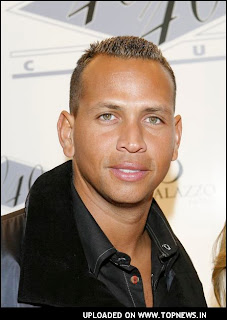 You are right on about the Killers, but doesn't that show us how increadibly far ahead of their time Queen was? Yes, Freddie was gay, and yes the band was called Queen, but they were amazing. Queen does not fit into a genre of rock...they are too original. It is actually refreshing to me that the Killers are so heavily influenced by them because it is just a testament to good music. I think that their attempt to emulate them at times is a bit obvious, but I'll take the results rather than leave them.

On A-rod. Yes. The only thing is that Guy would be asking A-rod that question while simultaneously fish hooking a Pussycat Doll with his British-gentleman wang.

It's nice to finally hear from you...fag.

Its me, Mike Culpepper, Daunte Culpepper's gay neighbor. (The last name is coincidental.)

Two things you should know about me, which both prove how smart I am.

1. I invented the Swiss army knife in 1983 because I was frustrated by how long it was taking me to do things like a) carve angels out of wood for Christmas gifts b) cut my pubic hair into the shape of a lion 's mane c) chop celery for my world famous chicken salad.

2. My great-great-grandfather invented bed sheets. Before that, people just laid down on whatever, and it was ridiculous.

With all of that said, I agree with the posting about A-Rod being able to taste dick better than other people. Cherry Coke was the perfect flavor, BTW.

Have a blessed weekend.