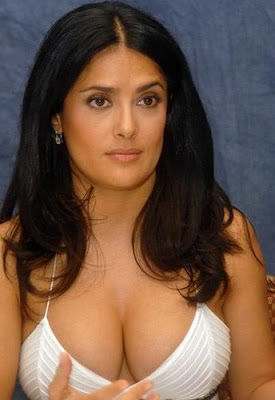 My hands are cold today.

I tried to warm them by sitting on them, but then I couldn’t type. I drank a cup of tea and spilled some on my crotch and got laughed at by co-workers. Maybe I should switch to V8. Then more girls would like me.

(That was my Matthew Berry impression. That guy’s a major d-bag. Am I wrong?)

Welcome back from Thanksgiving, hope everyone’s blah blah blah filled with good times and cheer. Me? I ate way too much. I know everyone says this, but I actually did eat way too much. I perfectly timed my Thanksgiving dinner so I was at maximum hunger and maximum stomach capacity at the time of mastication. (Yes, you read that correctly. Hunger and stomach capacity are two separate and equally important factors to consider when trying to maximize your food intake. Consider this your gastro tip of the day.) I spent the rest of the day immobile, hiccupping and feeling disgusting. Pretty sexy huh?


Apple
Lane Kiffen signed to be the head coach of Tennessee next season. Chalk it up as another loss for Washington. There was some good momentum around Kiffen joining the Dawgs up north but obviously the allure of rednecks and big haired trophy wives sounded better. Whatever Lane. I hope you’re paired with Peyton on Alumni bowling night and you have to listen to him tell his crazy Toga party stories, “…and then me and the fellas picked some branches off a tree and made them into crowns. The Greek’s used called them Laurel Crowns. My daddy lets me wear a crown on my birthday cause he says I’m a special boy….”

Moustache
New Kanye album is out now…Stream it for free here. At first listen I love it. Jericho wants to debate the album in an upcoming post so I’ll save my thoughts for later.

Apple
I ain’t no holla back girl.

Moustache
I’m having a great hair day today. I feel bad for my hair stylist (yes I have a hair stylist) because she only sees me when I look like Richard Simmons and desperately need some help or when I look like a shorn sheep right after the hair cut and I should be in hiding for about 2 weeks. If she could only see her work in action today…she’d take a snapshot and include it in her hair portfolio NO! She’d make it the LEAD photo in her hair portfolio.

Apple
Unless Sage Rosenfels throws for 8tds and 700 yards tonight I’ve officially made the playoffs in both of my leagues. Holy shit. I don’t think I’ve done that ever before. If nothing else I can be proud of the season I put together based on:
1) Drafting ‘Bang Bang’ Eddie Royal before he was known to the rest of the fantasy world.

2) Trading for Tony Romo but not starting him until I got every bit of goodness out of Tyler Thigpen.

4) Picking up the Ravens D after week 1 (thanks Jericho)

Now let’s see if I can be more Philadelphia Phillies rather than Tampa Bay Rays during my return to the post season.

Moustache
I went to the Dr last week cause I wasn’t feeling well. Among other things, he told me to stop using Q-tips in my ears. He could tell by looking in them because he said he could see scaring. What the fuck am I supposed to do now? I didn’t use Q-tips this morning. Do you know what that’s like? It’s like sitting in a packed church that’s dead silent and trying to hold in uncontrollable laughter. It’s like going to Tepia Taqueria, ordering the Burrito Supreme then being stuck on a boat for the next 4 hours. It sucks. My ears have been itching all day.

Apple
Big ups to Michael and David…two of my cousins who are regular readers of this blog. (I love saying “big ups” like I’m black. Or ‘I ain’t no holla back girl’ like I’m a skinny white girl trying to be black.)

Moustache
Thanks for reading. Here's our gift to you...a joke, try it out in your fantasy league now........"Remember when Plaxico was so pissed at being on (fill in friend's name here) team that he shot himself in the leg? Can't blame him can you?"

Email ThisBlogThis!Share to TwitterShare to FacebookShare to Pinterest
Labels: i parlayed Florida and USC on Saturday...that felt good