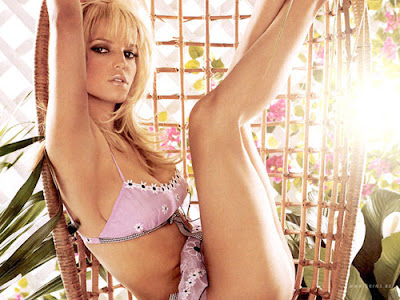 Pats / Jags
Let’s all calm down here for a minute. Picking the Jags in an upset has been the trendiest of all trendy picks this playoff season. But people like this idiot need to consider a few things before they merrily take the points and buy a Garrard jersey.

1) The Pats are 16 and fucking 0! They’ve been pissed since week one; you honestly think they’re going to lose at home in the divisionals! Get real, dude. Everyone keeps saying, “the Jags are the hottest team in the NFL right now!” Um, isn’t the undefeated team the hottest team?

2) Belichick has been preparing for this game for two weeks, how good is Belichick at preparing in four days, let alone two weeks? Yes, the Jags have a great running game, but what happens when the Pats overload the line and make the Jags throw? Do you really think that Garrard can win a game in Foxborough against the best defensive mind ever? Me neither.

3) In addition to stopping the run, the other way you beat the Jags is by attacking the deep middle of the field. Which would be a problem for the Pats except for the fact that they have the GREATEST DEEP THREAT OF ALL TIME! Sorry for the Caps Lock, but come on! Moss will score three times on Saturday, you heard it here first.

4) This game will over by halftime.

Colts / ChargersIf we had to choose one game to pick, our fool proof, no doubt, guaranteed winner…then this would be it. Did you watch the games last week? The Chargers looked terrible against the Titans of all teams. LT had 30 yards. How do you think they’re going to fair against a recharged, defending champ Peyton and the Colts? Everyone talks about the Chargers D and how they picked off Manning 6 times the last time these two teams met. But, everyone seems to forget that the Colts D finished 3rd in the NFL this season and feature the Defensive Player of the Year safety Bob Sanders. This has blowout written all over it. Like going deep into the and ordering cabeza with your super burrito and extra beans. You know what I’m saying? This is a statement game for the Peyton and the Colts. who?

Cowboys / GiantsI’d feel 50x better about this game if we knew more about T.O.’s ankle, however, he’s such a threat that he’ll still draw a lot of attention regardless of how healthy he is, opening up things underneath for and in the flat for Barber III. Adding to that, this is the 3rd time these teams have played each other, so no one’s fooling anyone, this is “what you do best against what I do best.” However, I like the Cowboys in this one for three reasons:

1) The Cowboys beat the Giants twice this year by an average of 10.5 points

2) Not counting T.O., the Cowboys are much, much, much healthier

However, with all that said, I can’t get past three things: Eli Manning, Eli Manning’s face and Eli Manning’s vagina. Before last week I’d have said that a dog mating with a cat to produce the world’s first Dat, was more likely than Eli ever winning a playoff game on the road. I was wrong about that one, but I’m not ready to believe, in fact I’m 500 miles away from being ready to believe that Eli can win two road playoff games in a row. I just can’t see that happening, regardless of the destructive forces of T.O.’s ankle and Jessica Simpson’s bikini line.

Seahawks / Packers
(written by Magglio, because couldn’t handle the pressure on this one.)With respect to who is a diehard Seahawks fan, something makes me really nervous about this match-up. Sure, the Hawks just tattooed the Skins in the wild card game but as we all know the score was a little misleading and they were in facing a guy named Todd Collins. That’s not my point. My point is that this Seahawk team, despite its tough D, its good QB and solid receiving corps is sketchy. This is not your 2005/2006 Seahawks. They lost at Pitt in week 5, at in week 6, at in week 15 and at in the last week of the season. The only wins on the road were at SF (doesn’t count) and a quality win week 13 at Philly. Face it, they’re not a good road team.

Bring the brash attitude, bring Lofa Tatupu and bring Patrick Kearny’s freaky robotic Todd Heap-like face. But it’ll be the same result. will win this game by wearing down the secondary while Ryan Grant sneaks in frequent 10-12 yard runs. I wish it was different, but this my friends is the truth.

Great call on the Indy game, San Diego is going to get blown out. Last time they played SD only won because Mr. Clutch missed a chip shot to end the game and Manning threw six picks. Manning isn't going to throw 2 picks against SD's shady secondary and San Diego will never be able to win a quality playoff game with Norv Turner as their coach.

I too was fooled by the poor play of San Diego last week. So much so that I gave up 9 points to take the Colts and when LT and Rivers went down, I felt good. Real good. The last quarter was a bit of a blur in my memory. What the hell happened? Billy Volek.... REALLY?!?