5 Things the Oscars Screwed Up 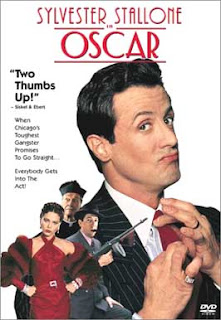 1. Joe Wright not getting nominated for best director

I’ve said this before, but Atonement is far and away the best-directed movie of the year. The tone, pacing, dual story lines, mood are all perfect, I feel like the movie is better than the story, if that makes sense, which is a 100% tribute to the director. Here’s something I’ve never understood, how can a movie be nominated but not the director? Aren’t they synonymous with each other? When you acknowledge a movie as one of the 5 best of the year, aren’t you also saying it was one of the 5 best-directed movies too? Isn't that like saying "I loved the dinner but don't think the chef did a very good job?" I can see a very character-driven movie not getting a director nod, but Atonement is purely driven by the story. They say that directing a movie is having to make 1,000 decisions at once, well every decision Wright makes is spot on here, he got robbed.

2. Tommy Lee Jones not being nominated for best supporting actor

You’ve got to be fucking kidding me with this one. Honestly, Jones’ performance in No Country For Old Men is not only the best performance of the year; it’s one of the best in the last 10 years. OK, maybe that’s a little melodramatic but he nailed every single nuance of the role, carries the movie and totally cements and at the same time redefines his tough guy image. Now, Jones did get nominated for best actor for The Valley of Elah, which I haven’t seen and heard he’s great in, and the academy may have given him this nod to make up for the supporting snub, but either way you slice it, this is a major crime.

3. Eddie Vedder not being nominated for best song

Please look at the best song nominees. 3 songs from Enchanted! Are you fucking kidding me? Does anything sum up the “70 yr old white guy” theme of the Oscars better than this category? Enchanted!? 3?!?! What a fucking joke. Honestly, I love the Oscars and of course will watch every second of the ceremony, but I think this serves as a major blow to its credibility. God forbid they have a politically outspoken rocker performing, he might say something controversial. Oh fucking no! Fuck Enchanted.

4. Helena Bonham Carter not being nominated for best actress

Here’s one of the biggest problems with the Oscars, there’s no way to know if the academy members have seen all of the nominated films. One of the side effects of this is that often times a role and not the performance itself will be nominated and sometimes win. Look at 1999, when Boys Don’t Cry’s Hilary Swank won best actress over American Beauty’s Annette Benning, in one of the dumbest Oscar wins of all time. Hilary was incredible of course, but she was playing a transvestite, of course she won! This year we’ve got Queen Elizabeth, a woman trying to reconcile with her family before dementia takes over, a drug addicted French singer from the 30s, a woman caring for her dying father and a pregnant teenager. All great performances but also all very Oscar-ish roles, not to take anything away from any of the women nominated, but I’ve seen Laura Linney and Ellen Page’s movies and neither of them was as good as Carter. She is able to make a despicable character likable, which seems like more of an accomplishment than what Page and Linney have done.

5. Knocked Up not being nominated for best original screenplay

Wait, explain to me again how Juno was better written than Knocked Up? Sure these movies are unfairly compared because they have similar themes (which is kind of like comparing Jerry Maguire to The Last Boy Scout because they both revolve around football), but that’s what happens in arbitrarily picked contests. Juno was great but weren’t there a few moments when you said, “ok, ok, that’s clever, but no one talks like that?” You didn’t do that once in Knocked Up, right? Doesn’t that count for something. Screenplay is a funny category; it’s tough for comedies to be nominated especially more straight-laced comedies like Knocked Up. You have to be a little zany and off the wall like Juno or Little Miss Sunshine to get some love here and I think that’s dumb. There should be room for both of these scripts.

And, to be fair, 5 nominations I loved: