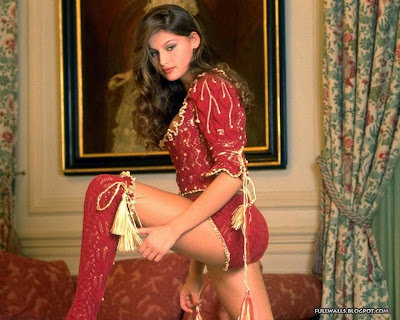 I got a phone call last night from my mother-in-law. She wanted to let me know that she read my blog. All of it. Seriously. At this point I'm racking my brain thinking of all of the crude, offensive and just bizarre things we've written about. I mean technically this blog is not built for mother-in-laws. I calmly tried to explain that Jericho and I are writing to a specific audience and we don't really want to line up the Jonas brothers for an evening of pop goes the weasel. You see what I did there? I blamed it on all of you fucks. It's you that drives us to write such nonsense.

Ok, is she still looking? No? All clear? Great. Let's get on with the post.


6 observations from the last 72 hours:

1) I'm glad Stephanie, the 34-year-old widow, got a one-on-one date with Jason but let's be honest she's not going to stick around too much longer. She’s really nice but this isn’t about cupcakes and marmalade. It’s about who’s going to look the best standing next to Jason on the cover of US Weekly…am I wrong? I'm impressed he dumped the tall blonde chick. She was nothing more than a banging body. She looked like she'd be awful in bed. Lots of weird whimpering noises and when she finally got on top she'd close her eyes and hum the soundtrack to Notting Hill for inspiration. Just awkward. My pick, Naomi, is banging. I like where I stand. Onward.

2) Last week was Indian week. We saw Slumdog Millionaire (amazing), looked at nude pics of Bollywood actresses (hairy) and went to a new Indian restaurant called Dosa on Fillmore (blowout). Stay tuned, this week is shaping up to be Anglophile week.

3) Give me the Cardinals and the 7 points. Fuck the east coast media. Nobody is giving them a shot. Shock the world is my new motto whenever anyone wants to talk Super Bowl. And you know what? I’m fine with the 2 week wait. I mean honestly, once football is over what do we have left? The NBA? Sweet. I’d rather watch Burn After Reading on repeat. Worst. Movie. Ever.

4) Wade Boggs was a big fat boozer….no really, check it out (Thanks DC)

5) A new Facebook pet peeve of mine…people who only post pictures of themselves doing good deeds. I have one “friend” whose pictures consist of her holding ethnic children, her raking leaves with a giant orange vest on and her in front of some bullshit charity sign with a bunch of her ugly friends. We get it. You’re better than we are. Now please refer to the picture of me clutching a bottle of whisky and deliriously staring down my wife. YES WE CAN!

6) Saturday night we ventured to the suburbs and wound up at a Sushi place for dinner. Talk about the place to be! Ooh wee! A sushi spot in the burbs on a Saturday night goes off like a bar in downtown Baltimore after the Orioles announced their 6 year deal with Nick Markakis. (What the fuck? They gave him Edgar Renteria money.) Without fail, 7 of every 10 women at the Sushi spot had fake tits. That’s not an embellished stat for affect. I went table to table to support my findings. And it wasn’t like fake tits just to add a little giddy up, no, no, these were mammoth hooters and they were ON DISPLAY. Fascinating. I saw some of the sluttiest outfits I’ve ever seen in my life at this restaurant. Who said the burbs are only for perverts and Republicans?

Email ThisBlogThis!Share to TwitterShare to FacebookShare to Pinterest
Labels: YES NAHL CAN

I love that despite your little disclaimer, you still went right for it in this post. I admire your balls. Lesson learned I guess.

I'm so relieved that the first image on this page no longer consists of Jericho's balls.

Tell me more about this 'mother in law.'