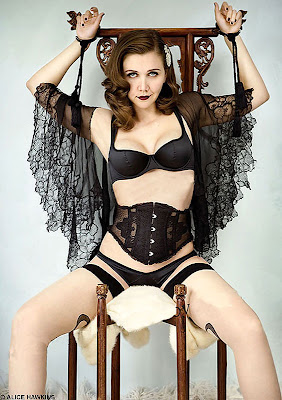 Apple
“Duke likes to maul.” That was an actual quote for the handjob announcer, Thom Brenneman, last night during the BCS Championship game. I’m not one of those guys that like to bash announcers just for the hell of it but this guy was verbally sucking off Tebow to the point I almost came. The ultimate test of a good announcer is if they go unnoticed. But this guy? Who the fuck was he? He openly referred to Tebow as “Superman” and did so even when Tebow did things that weren’t even special. “Superman couldn’t find a receiver so he wisely threw it out of bounds.”

An actual quote from Brennaman last night: "If you're fortunate enough to spend five minutes or 20 minutes around Tim Tebow, your life is better for it,"

And of course, after Tebow received a penalty in the 4th quarter for unsportsmanlike content: "That might be the first thing he's ever done wrong."

Or...."I had the chance to sniff Tebow's soiled pants yesterday after practice and let me just say they smelled of a mix between Tony Robbins, Cheese-Its and Barack Obama!"


Moustache
You ever get to the point where you hate all of your music? Hate may be a strong word, but I don’t have anything worth listening to right now. While I write this I’m listening to The Streets third album ‘The Hardest Way To Make An Easy Living.’ Yeah, it’s come to that. I have a $25 gift certificate to iTunes that is itching to be spent. Last night, 4 drinks down, I made the bold call I’m going to use it to purchase The Beach Boys’ greatest hits. Or MGMT. Not sure which one. Any suggestions?

Apple
I think I’m turning into a pregnant woman. With all due respect to Sa, who actually is pregnant and puking more than the cast of 90210, I’m showing some strong indicators. I can’t get enough pickles or mustard and I even got choked up when LC and Heidi hugged it out in the season finale of The Hills. I mean, at the end of the day LC is a cunt and we all know it but Heidi showed so much strength in being the bigger person. She’s got a good heart. Now pardon me while I go rub shea butter all over my tummy.

Moustache
How bout them Huskies? With a 1-point victory over visiting Stanford last night the Dawgs run their record to 12-3 with 14-2 Cal coming to town on Saturday. Fuck yeah. This team is explosive. Isaiah Thomas is the real deal and Jon Brockman plays 6 inches taller than he actually is. And that’s not all, UW just lured USC Defensive coordinator Nick Holt away from the Trojans to revamp the football team’s D. With LSU coming to town in week 1 of next season there is a serious buzz around this football team and this school. In Stark we trust!

Moustache
Jericho comes home this weekend. Between you and me I’ve left him about 50 voice messages while he’s been away. All of them starting with “you are such a flaming pussy….” He’s going to get home, check his messages and think he’s so popular. Then find out they were all from me. Sorry buddy, you have 1 friend in this world. And he thinks you’re a flaming pussy. Deal with it.

Apple
*Check it out. This answers the age old question “Has George Brett ever shit his pants?” Thanks Kendall.

*If you don’t already, it’s time to start reading 23Thoughts. Written and directed by JSherm this site has become an everyday stop for me and should be for you too. Granted he hasn’t posted much in the New Year (just once! Tick tock dude) but when he does its worth while. The only downside is that he also links to Curt Shilling’s blog which is mainly about white supremacy, guns and yeast infections. Let me know what you think.

*Uncle Icee waxes poetic on the bullshit that is the BCS

Email ThisBlogThis!Share to TwitterShare to FacebookShare to Pinterest
Labels: my money is on naomi and dont worry a complete Bachelor overview will be coming soon

You want to do something fun? Go to google. Type in, Tim Tebow sucks off a camel, live. Sit back and enjoy.

You won't, sadly, be watching Tim Tebow sucking off a camel, live. You will, though, be watching some chick doing it if you click on the eighth or ninth link.

She's not Tim Tebow, but she really is blowing a camel. And that's pretty awesome. They should be calling her superman.

Nick Holt played his college ball as a stout linebacker for the UOP Tigers. (Cue "Eye of the Tiger") That experience and the memories of the sights, sounds and smells (especially the smells) of Stockton will stand him in good stead as he help leads the Dawgs to what I will go out on a limb and predict will be a better record than they had this past year. Bold prediction. Thank you.

Sorry to shit on the only team in Seattle with a winning record. Go Bears! Huskies in 2009 though, Idaho or bust! Also, decent Ravens call on the score.

That George Brett clip had me crying.