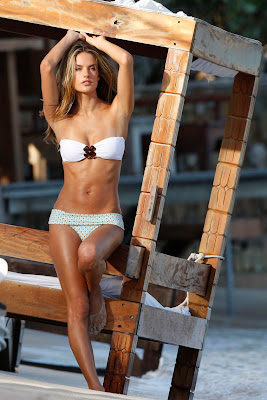 written by Magglio and Jericho


Apple
I know everyone of you is asking yourself the same questions right now: why hasn’t Jericho weighed in on the Oscar nominations yet? Where the fuck is he? Yes, the article about the guy who can talk with his farts was delightful, but that’s not why he gets paid the big bucks around here. I hear you, friends, hear you loud and clear, however, I haven’t seen enough movies yet to have an objective opinion about who got robbed and who robbed them. I will say this though; not nominating Christopher Nolan for best director for the Dark Knight is one of the bigger oversights I can remember. Honestly, what movie did you see this year, or ever for that matter, that was better made – from a technical, timing, editing, vision perspective – than the Dark Knight? I was hoping for best picture, best screenplay and a host of others, but I can live without them. Nolan got his fucking wallet stolen on this one. That’s a damn shame. More thoughts on this after I’ve knocked out a few more movies.

Moustache
I’ve been searching for months for a Mr. G the musical sweatshirt like the one seen in Summer Heights High. It does not exist. (Someone make it and lets sell it from this blog…see what I did there? Innovation. Creativity. Desire. It’s called Biz Dev. Anyone want to apply for this position please email us at applesandmoustaches@gmail.com) But I did find this sweatshirt…pretty fucking sweet huh?

Apple
In 1998, on Michael Jordan’s final tour, the Bulls came to town. A friend and I went to the ATM, drained our accounts and showed up before the game hoping to scalp some tickets. The cheapest we could fine was $500 each and they were nosebleeds. So, one of my greatest sports regrets in life is that I never got to see Jordan play. Well, I’m not going to let history repeat itself. Suck it JSherm. I’m going to the Cavs and Warriors game tonight with my best girl. Seats are 10 rows back. Check it off the list. Kobe, you’re next.

Moustache
A chick wrote me an email that ended with ‘Please tell me what you would like me to do.’ Three responses I wish I replied with:

1 - Keep eating those Chipotle burritos. If your goal is to look like Raven Simone then congrats…you’re well on your way.

2 - Have your floating ribs removed and try to suck yourself off you freaky bitch.

3 - Cut off one of your ears so I have a really good reason to feel sorry for you. This whiny cunt thing just isn't working for me.

Apple
The Washington Huskies are currently all alone in 2nd place in the Pac-10 with UCLA coming to town on Saturday. While half the world doesn’t acknowledge basketball until after the Super Bowl, finally we have something to cheer about with the Huskies. And even though I’m not going to join, I’m impressed with the ‘Jon Brockman is the Chuck Norris of Basketball’ group on Facebook.

Moustache
KK brought up a good point today. Never borrow someone elses cell phone. Think about it. How many times have you been in a bathroom and heard some jackhole on their cell phone. Literally pissing and talking. Wiping his ass and chatting it up. You never know where someone’s phone has been. KK also thinks we should institute a rule of informing the person on the other end of the phone what you’re doing should you be the pisser. Maybe we could make this into an iPhone app. Andy, can you nerd it up and make this happen? (Damn it. This is why I never take KK’s recommendations for what to post about.)

Apple
What I’m listening to right now: The Raconteurs, Live at the Warfield 7/23/06. “How you gonna rock yourself to sleep./ When I give up my midnight creep girl/ How you gonna get that deep/ When your daddy ain't around here to do it to you?" I swear I've heard TahoeSanta utter those exact words to a chick once.

Moustache
Salting the wound. The Brewers gave Prince Fielder $18million over 2 years. Yes, that’s the same exact amount the Giants gave Edgar Renteria. I am withholding any judgment on Renteria until he’s played a few games for us but riddle me this. Who would you rather have? An aging infielder who’s numbers have been in a serious decline the past 5 seasons or a rotund 24 year old who is capable of belting 50 ding dongs a year? A bunch of fucking amateurs.

Email ThisBlogThis!Share to TwitterShare to FacebookShare to Pinterest
Labels: suck it sherm

I drank a 40 of PBR last night at Norms. Brown bag and all.