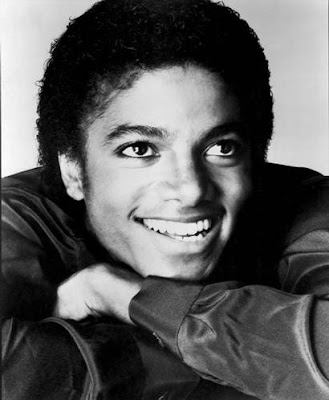 Look, I like Lionel Richie, actually, I love Lionel Richie. The man makes sweet fucking music and the “Hello” video is in my top 10 favorite things about living on Earth, but someone needs to step in and tell him to stop having plastic surgery. He looks like Kenny Rogers and not in a good way. I blame Nicole 100% for this.


I’ve said it once, I’ll say it again: you do not fuck with Queen Latifah. Don’t mistake the silence in the Staples Center for admiration or reverence; that is fear, pure and simple. The Queen gives you a look that says “I’m gonna fight you, fuck you, or eat you, I just ain’t made my damned mind.”


The worst apart about celebrity funerals: you have no idea if the people are expressing genuine emotion or just auditioning for their next role. And yes, I’m talking to you, Brooke Shields.


Sure, Smokey Robinson is a legend and has a fantastic name, but when they introduce him shouldn’t they substitute “one of the founding voices of Motown” for “appearing all month at the Big River Casino.”


So Michael Jackson dies and the only white guy they invite to perform is John Mayer? This is like having a massive funeral for Tom Hanks and having Omar Epps be the only brother on stage.


Why the fuck is Jermaine Jackson singing? He’s beyond awful. They should’ve just taken a burlap sack full of spoons and shook it really hard for three minutes. Hey, Jermaine, what are you trying to do, kill him again?


The words fat, corpulent, obese, hefty, immense, plump, chubby, stubby and blubby just don’t work to describe Magic Johnson anymore. He literally is the fattest person that’s ever lived. It’s not a weight thing either, I know there’ve been heavier people, but no one in the history of the planet has been fatter. His eyes are fat. His sentences are fat. The air around him is fat. He presented with Kobe and he made him look like Lil Penny from those old Nike commercials. We have to dip way into the thesaurus to find a word that best describes him. Magic Johnson is seismic. He’s a fucking tectonic plate. If he ever collided with the San Andreas fault the entire state of California would drop into the Pacific.


Usher is singing with a “don’t you dare pass the fucking torch to Justin Timberlake” vigor right now. No one has ever wanted a torch more in the history of torches or wanting things.

Email ThisBlogThis!Share to TwitterShare to FacebookShare to Pinterest
Labels: MJ