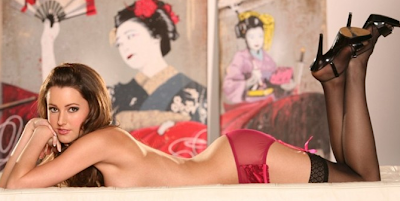 Today is Jericho’s birthday. I did what any good friend would do. First, I called his office and told the receptionist I was the CEO of his biggest client. (I didn’t say those words exactly, I actually know the name of the CEO of his biggest client.) You shoulda heard his gay little voice trembling when he picked up the phone. I broke into my slowest, sweetest and most genuine Happy Birthday serenade. The sound of relief in the laugh he let out was priceless. He later told me that his whole office was on the edge of their seats when the receptionist announced who was on the phone.

What I wouldn’t have paid to hear his explanation to his co-workers. “No, that was just my totally awesome friend making me look like a complete jack hole.” I imagine it went something like that.

A few minutes later a bouquet of 30 balloons and one oversized balloon which read ‘Happy Birthday Girl’ showed up at his office. Perfect. I tried to make the card say ‘Happy Birthday Fag’ but the owner of the balloon place wouldn’t go for it so I settled on ‘Happy Birthday Buddy.’

It’s kinda like when I gave the best man speech at Jericho’s wedding. I knew I couldn’t call him a fag 50 times so right before I walked up to deliver the speech I leaned over and told him, “every time I say the word ‘buddy’ I actually mean ‘fag.’

Well, Happy Birthday Buddy. You’re growing up right in front of our very eyes. Kinda makes me nostalgic for the days we’d ride around in Big Wheels and I’d push you over whenever you took looked at me funny. Those were the days huh?

JR - Without looking it up, answer this for me:

Since the Academy Awards were first handed out in 1927, only three films have won the Oscars grand slam -- Best Picture, Best Actress, Best Actor, Best Director and Best Screenplay. Name them.