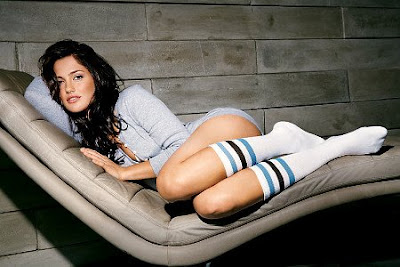 If a guy gives another guy a tug job, couldn’t you say that he’s cheating on himself?


Why did Big Ben’s attorney say “Ben has never sexually assaulted anyone, especially Andrea McNulty” when he could’ve more accurately said, “my client has very high standards, if he was ever going to sexually assault someone she would be ball-achingly hot, like Minka Kelly hot. This bitch looks like a Muppet. My client has two rings, he doesn’t fuck Muppets.”


I can’t stand when people suggest plurality by putting the “s” in parentheses. Anyone who does this can suck my ball(s).


I’ll concede the fact that Steve McNair’s wife didn’t completely understand the extent of his extracurricular activities, but what exactly did she think he was doing at that condo? And wasn’t she the least bit suspicious when he came home and announced, “good news, honey, I finally closed escrow on my humping shack. This will be a great investment for our portfolio and for my humping pole.”


I hate Twitter so fucking much I could fucking smack a bitch. PR people have to monitor Twitter now so we can suggest people/Tweets for our clients to respond to. The other day I had to recommend that my client respond to some 17yd old fucktard who used “LOL” 3 separate fucking times in the same sentence. This is standard practice now. My question, why the fuck would you want your brand to be associated with someone who uses LOL once in a sentence let alone 3 fucking goddamn times? Fuck LOL. In fact, let’s dig an enormous hole, put all the zebra-fucking LOLers in it and light it on fire. Other than that though, my job is super duper fucking sweet.


If I were a rapper my debut line would absolutely be “this isn’t pussy hospitality, it’s a pussy fatality. Test a bitch for syphilis, pee in a cup. They call me the terrorist, ‘cause I tear pussy up.”


One of my goals in life is to look someone dead in the eye and say, “you will rue this day.” There’s nothing casual about ruing, it’s the samurai sword or Prince William’s dick of threats; you only bring the rue out of its sheath when you plan to really fuck someone.

According to The Oxford Book of Health Foods, extracts from rue have been used to treat eyestrain, sore eyes, and as an insect repellent. Rue has been used internally as an antispasmodic, as a treatment for menstrual problems, as an abortifacient, and as a sedative.

Since this definition means rue can be an abortion pill, I guess it applies to "unfucking someone" as well.

Man,I hate Twitter too. It seems seriously pointless. Like you said, it's filled with so much fucking LOL and LMAO that it's brutal to read. If someone was sending me texts like that all the time, I would change my #.