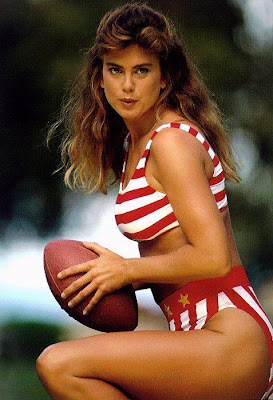 
Alright, fuck it. It’s been a crazy day, nay week. We’ve been up to our ears with work bullshit, Patch had 3 teeth removed and we’re both still reeling from the passing of MJ. So we compiled a few thoughts. And we both have tomorrow off. So we’re not posting tomorrow. Enjoy your 4th of July weekend friends. Except you Derek. You can suck a dick.


Rules for Fantasy Football drafting:
Jericho and I are compiling a list of rules for our upcoming Fantasy Football drafts. So far we only have 2 rules. 1) No drafting a RB over 29 years old and 2) No drafting Chris Cooley. If either of us violate a rule then you get a swift kick to the nuts. We’ll be compiling a complete list over the next couple months so send us an email if you have any rules you’d like to add: applesandmoustaches@gmail.com


Stupid words:
Is there a stupider word than ‘nay’? Maybe ‘natch’.


Fuck Scott Ostler:
I wrote Scott Ostler of the SF Chronicle. I broke down and did it. I sold out. I’m a sell out. I wrote him because all I wanted was him to use a silly nickname I made up for Tim Lincecum and Matt Cain. So I was handing it to him. On a silver fucking platter. It wasn’t even that good. But it was so much better than anything he’s written. And he never wrote me back. Never used the term either. Fuck I hate that guy.


Twittering MJ
In an early contest to see which celebrity would post the weirdest, most inane, feignedly heartfelt Tweet about Michael Jackson, we have a deadlock tie between Faith Hill and David Arquette. Tens of readers, only you can decide the winner.

HavingFaith25: The day the dancing stopped. My heart beats with sadness and sadnessity to hear about the loss of a true original, a true man, a true artist. Bille Jean is not your lover and, now, she never will be.

AlligatorDick-SkinnedBoots: I heard the news while rubbing Courtney. I couldn’t help but make my fingers dance on her back like the Bad video. It was the only thing that made sense. Don’t you hate the name Randy?


Detroit Signings:
Why did the Pistons give Ben Gordon $55 million? Don’t they have Richard Hamilton? Didn’t Ben Gordon prove that he totally self destructs if he’s not starting? And why did Ben Gordon say, “I’m finally in a place where I can focus on winning” when the Pistons suck and the Bulls look like a top 6 team next year? Taking a pile of money to go from a good team to a bad team and citing “winning” as the impetus is like breaking up with an ugly chick for a smoking hot chick because you want to “finally focus on conversation.” Can you imagine if the adverse ever came true, if a player took less money to go to a contender and then said, “this was all about money. Yes, I was offered more money to play elsewhere, but this is all about money for me.” My head is spinning over this signing.


Megan Fox is hotter with clothes on:
Jericho and I talk about this all the time. Megan Fox is stunning. She looks absolutely gorgeous in photos. But for some reason we gravitate towards the ones where she’s wearing a hot outfit rather than say a bikini shot. We’ve come to the realization it’s because in a bikini she looks predictable. You know what you’re going to get. A pair of great tits and a banging stomach. Shit, I can see that by simply going home. The thing about Megan Fox is how stunningly sexy she is with her clothes on.


Hey, check out this video:
Is there anything more socially awkward then showing a friend a YouTube video and then having them return the favor? And then you have to sit there and pretend that you enjoy what they’re making you watch? It quickly lets you know if your sense of humor lines up.

Email ThisBlogThis!Share to TwitterShare to FacebookShare to Pinterest
Labels: the big sadowski

With profound sadnessity I want to remind all that Billie Jean came out of the closet and wasn't the first professional tennis player to do so. It just makes the Michael saga all the more confusing. But then again, I don't have Courtney's back to rub.