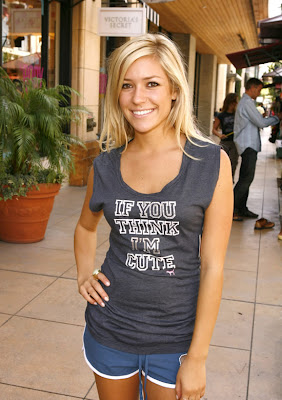 Apple
I realized today that my mood in life is often dictated by the actions of teenagers. And not in like a “was Miley photographed in a two piece or not” sort of way. This morning my email inbox was flooded, my voicemail was flashing, hell even a co-worker rushed in to tell me the news. Nick Montana, son of the legendary Joe Montana, just committed to play his college ball at Washington in 2010. Fuck. Now I’m not one of those hometown humpers who has disillusioned thoughts about what could be. This kid may never pan out. But you look at the teams he passed on; Notre Dame, Ohio State, LSU…and it makes last year’s winless season seem like, well, yesterday.


Moustache
I’ve never taken a ‘myspace’ photo but I’m seriously considering it. Just for fun. You know the one; A self shot, from above, in a mirror, using my cell phone, wearing only my panties with my elbow barely covering one of my tits. You know what I’m talking about.


Apple
Compounded with the fact that I am currently in one of the worst writer’s slumps since 1988 is that I recently introduced my blog to a co-worker of mine. Sweet. “Hey, check it out, I write a blog that’s totally outrageous. Oh, don’t mind the fact that my writing is coming out like a sideways shit these days. You know, the super painful ones? What’s that? No, don’t go talk to HR. Please.”


Moustache
Last week I watched two episodes of MTV’s True Life that you’d think would’ve been amazing. They were “True Life: I’m a bisexual” and “True Life: I don’t like my large breasts.” But, I’m sad to report, they were super lame. I got about 10 minutes into the bisexual one when I had to “excuse” myself since they just kept showing a 19-year old chick complain about how much she loves sex. What? Shocked? Look, I’m a grown man I can only handle so much. And the large breasts episode? Even worse. Just a bunch of heffers bitching about their gigantic hermans. Suck it up ladies. Eat some more veggies and rock those like you have your own VH1 special.


Apple
The final episode of the Real World/Road Rules Challenge is tonight. What does this mean? Well, it means I will be glued to my TV at 10pm PST this evening clutching my Rachel doll tightly and screaming things like “Landon’s dimples CANNOT be real can they?” and “You know I think TJ Lavin has really matured this season” and “How many synapses do you think are firing in Brad’s tiny little brain right now?” Fuck I love this show.

Email ThisBlogThis!Share to TwitterShare to FacebookShare to Pinterest
Labels: 8 and 1 motherfucker

show me some half naked girls already..forfucksake.

A little off topic, Guys... I have a question. Last week I played at this site:
[url=http://www.rivalspot.com]Rivalspot.com - Playstation tournaments[/url]
They say you can play online Fight Night game tournaments on any console for cash... had anyone tried that before? Looks like a cool idea...
Are there any other sites where you can play sports games for real moneys? I Googled and found only Bringit.com and Worldgaming.com but it looks these guys don't specialize in sport gamez. Any suggestions?

A little off topic, Guys... I have a question. A week ago I found this site:
[url=http://www.rivalspot.com]Rivalspot.com - Xbox Live Tournaments[/url]
They say you can play online sports game tournaments on any console for cash... had anyone tried that before? Looks like a cool idea...
Are there any other sites where you can play sports games for real moneys? I Googled and found only Bringit.com and Worldgaming.com but it looks these guys don't specialize in sport gamez. Any suggestions?

My friend and I were recently discussing about the ubiquitousness of technology in our daily lives. Reading this post makes me think back to that discussion we had, and just how inseparable from electronics we have all become.


I don't mean this in a bad way, of course! Ethical concerns aside... I just hope that as technology further advances, the possibility of downloading our brains onto a digital medium becomes a true reality. It's a fantasy that I dream about every once in a while.

If you desire to play Madden, NCAA Football, FIFA, NHL2K and Fight Night gamez on your Playstation 3 or Xbox console online for prize - we receive applications for testers ASAP. Join us on Facebook until end of March and you can receive $2,000 in cash: http://www.facebook.com/group.php?v=wall&ref=mf&gid=298821430083&_fb_noscript=1

Hails all! I run a underground tattoo salon in Toronto. Since 2002 I've been purchasing all tattoo stuff at bulk prices but my supplier killed himself (life is weird!) so I'm trying to find a reliable tattoo equipment company (better online one) to buy tattoo stuff from. Here is an example of what I am interested in: Tattoo Ink. Thank you very much in advance for all tips folks! PM me or send me an email: triple6tattoo@hotmail.com