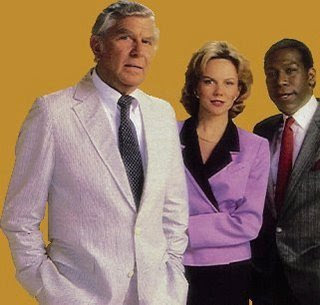 Technically speaking, shouldn’t an Octopus be called a Quatropus?


If Jon Voight is going to come out and bash Obama, shouldn’t his role as FDR, probably the most important Democrat of all time, be digitally removed from Pearl Harbor? Or what about the Oscar he won for Coming Home, one of the most anti-Vietnam movies ever made? Or the time he tried to save the world from a giant asteroid in Armageddon? Republicans love asteroids.


Did you hear Tony La Russa is suing Twitter? Here’s the legal brief: This is an outrage! I’m suing. Rescue pets. His name is not Poo Holes: bit.ly/cBh64d


Can we stop whining about the poor for one second and focus on the person most affected by the digital TV switch? Matlock. Do you realize he’s going to be blocked in all 10 of his top demographics? Do you have any idea what this is going to do to his residuals? 56 of the 57 people who watch his show are going to be sitting in the dark, with no TV, wondering which one of their kids they're having sex with. This is disastrous.


Why doesn’t Hedo Turkoglu have a rabid fan base known as the “Hedonists?”


Did you hear Brett Favre sat on the toilet for over 25 minutes yesterday? Ed Werder and Chris Mortensen are going through his stool right now, trying to figure out how many wins a hard, long turd might equal for the Vikings this year. Chris thinks if they find corn, the Vikings make the Super Bowl. Ed thinks if he can taste BBQ, then he's going to eat the whole thing.


You know how Maggilo always warns against looking at Pau Gasol too closely in HD? Similarly, don’t try to watch Larry King unless you’ve got a wide screen. His forehead is so big that a normal TV will cut him off at the eye line. His head is taller than a fucking redwood.


Can the Penguins stand strong? Do the Mets have enough starting pitching to win the division? Where will Michael Vick end up? Will Imagine That put Eddie Murphy back on track? When did Phil Jackson turn 100? Why would anyone care about the answers to those questions?

Ed Werner strikes me as the next guy to get fired from ESPN for inappropriate contact with another employee.

Only this time, the employee is one of those mascots that they show during college football season.

Can you not see him drinking half a fifth of Sambuca and trying to finger the Ohio State Buckeye?

That guy does weird sex shit. I fucking promise you.